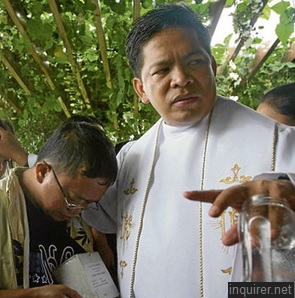 NEWSPAPER REPORTS revealed the alleged lavish lifestyle of popular “healing priest” Fernando Suarez. But Suarez has denied the allegation. The Inquirer reported that several bishops have shunned Suarez “because his healing ministry had turned out to be a moneymaking venture.” Apparently, the bishops hate competition.

Reports say some CBCP-member bishops have shunned healing priest Fernando Suarez because he’s into “a moneymaking venture.” In response, Father Suarez was like, “Aren’t we all?”

Misspelled
In last week’s Senate hearing, it was revealed that pork scam-related project proposals submitted by Senators Enrile, Revilla, and Estrada appeared to have used the same format (template) as all three documents contained the same misspelled words like ‘discription.’ Observers believe Enrile and Jinggoy copied from Revilla. 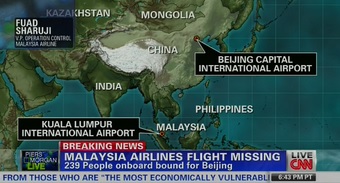 Missing Plane
As of 10PM Sunday, a missing Malaysia Airlines jetliner carrying 239 people has yet to be found. Conspiracy theories have begun to surface as officials confirmed reports that at least four passengers used stolen passports. Some say it’s terrorism. Others suspect it’s a freak accident. Bandila believes it’s one of Prophet Sadhu’s predictions.

Dinosaur
Here’s something amazing: according to an online report, a 200 million-year-old dinosaur egg “accidentally hatched” in a Berlin museum. And in even more amazing news, 200 million gullible netizens believed that crap.

Senator Pacquiao?
Vice President Binay has announced that Manny Pacquiao would be part of his new party’s senatorial slate in the next elections. Netizens got so excited when they heard the news. They couldn’t wait to not vote for him in 2016.

Super Landslide
North Korean leader Kim Jong Un got 100 percent of the votes cast in the elections held recently. As reward, North Korean voters get to live until the next polls.

Paris in Manila
Socialite Paris Hilton arrived in Manila Sunday. She returned for the launch of her beach club. Reports say Paris was spotted at Rizal Park Sunday afternoon. She even tried our local ice cream – which happens to have something in common with her – ‘dirty.’

The press release says Paris Hilton is in Manila for the opening of the Paris Beach Club. And men are going crazy – mainly because the press release has the words ‘Paris’ and ‘opening’ in one sentence.

Your Turn
Last March 2, I asked you to email your jokes (original ones only). Here’s one from Mr. Melchor Amado Jr: 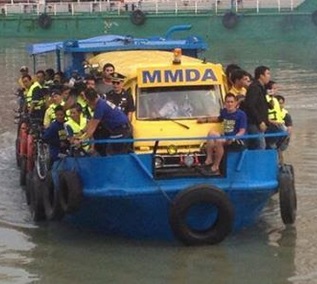 “Traffic is so bad in Metro Manila even the MMDA bus had to take a ferry ride along the Pasig River.”

One thought on “GOTCHA!”