MICHAEL CHRISTIAN MARTINEZ, the lone Filipino Winter Olympian in Sochi arrived from Russia Sunday afternoon. The 17-year-old athlete was all smiles as adoring fans and supporters welcomed him. And then things got a bit awkward when Chavit Singson and Lito Atienza suddenly appeared in the background. 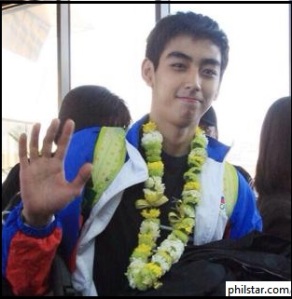 Congressmen have filed a resolution commending the performance of Michael Christian Martinez in the Sochi Olympics. The lawmakers said, “He definitely did not disappoint our countrymen.” To which, Michael replied, “Sana kayo rin.”

Tito Sotto also filed a resolution commending Winter Olympian Michael Martinez. According to Sotto, “Martinez has proved to Filipinos that with perseverance, determination and hardwork, it is possible to attain and fulfill one’s goals.” I will react to this statement as soon as I’ve verified that the words used were Sotto’s and not someone else’s. 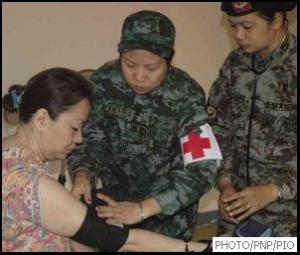 Napoles, Sick?
Suspected pork barrel queen Janet Lim-Napoles has asked the court to allow her to take a medical exam after allegedly experiencing profuse mentsrual bleeding recently. Doctors have yet to confirm if it’s a case of cancer or karma.

According to Janet Napoles’s lawyer Bruce Rivera, the suspected pork barrel queen has been experiencing profuse bleeding recently. See? Even her own blood wanted out of her system. 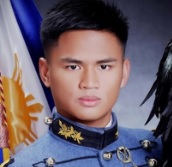 PMA
For coming late to class, a graduating PMA cadet (in the running for salutatorian) was ordered dismissed. That’s the claim of Jeff Aldrin Cudia’s relatives. But the PMA insisted the dismissal had something to do with Cudia’s lying about the reason for being late thus breaking the academy’s Honor Code. The PMA’s Honor Code implores its cadets and alumni “not to lie, cheat, steal nor tolerate among them those who do.” And former Major General Carlos Garcia was like, “’Di nga?!?”

PMA 2
Just days after a PMA cadet was dismissed for being late to class, a PSG member was sacked following his arrest in Makati City for possession of several ATM cards and a scanner. Raphael Marcial, a member of PMA Class 2008 was nabbed in front of an automated teller machine (ATM) early Friday night. Sought for reaction, Marcial said, “At least I was early.”

PMA 3
Brigadier General Noel Miano was charged with sexual harassment at the Sandiganbayan for allegedly groping an 18-year-old girl in 2011. He is a member of PMA Class ’81. To be fair to Miano, the PMA’s Honor Code talks about lying, cheating, and stealing only. There’s no groping.

Overseas…
Accused of corruption and human rights violations, Ukrainian dictator Viktor Yanukovych was ousted by massive protests in Kiev. Yanukovych was forced to leave the capital together with his children, and wife Imelda Romualdez Yanukovych.

A popular uprising in Kiev has ousted Ukrainian dictator Viktor Yanukovych. Sketchy reports say the disgraced leader has fled Ukraine and is headed to either Paoay or Hawaii.

Reigning world boxing champion Vitali Klitschko, is one of the more prominent leaders of the protests in Ukraine. Supporters say Klitschko is qualified to run for president in 2015. They insist that the popular boxer is decisive, brave, and an honest taxpayer. 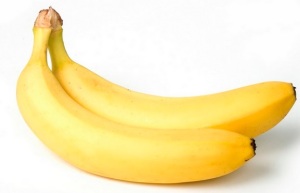 In Nicaragua…
A court has decided to try three men accused of attempting to steal two bananas valued at 32 cents. People from around the world were shocked when they heard the news – Nicaraguans steal bananas and they get to be tried in court while Filipinos steal millions and they get to deliver privilege speeches.

In Phoenix, Arizona…
A 5-year-old pit bull named Micky mauled a 4-year-old boy. The attack was so vicious everyone in the neighborhood now hates the pit bull – prompting lawyer Raymond Fortun to volunteer as the pit bull’s spokesperson.
——————————————————————-
“Telling the truth may cause a few seconds of pain, but there’s no medicine that can manage the pain of keeping lies.”
~ R.M. Ford

Sound Bites
“If there’s any evidence against me, I will go to jail myself.”
~Joel Villanueva, TESDA director-general and former party-list representative on his alleged involvement in the pork barrel scam

3 thoughts on “OF HONOR AND BANANAS”