THE SOCHI OLYMPICS will officially close next week. The government has four more years to ignore potential Olympians again.

I feel sort of under the weather so I’ll just be reposting some of my favorite humor pieces. In case you missed it…

Pork Barrel Scam
Lorna Kapunan insists Janet Napoles doesn’t own a yacht. To be fair, she owns the government.

Sen. Jinggoy Estrada said, “The recent events which unfolded before us have given us the chance to finally REFORM the system.” To which the ‘system’ replied, “You first!”

Pork scam whistleblowers say there are two code names for Jinggoy Estrada. One is “Kuya” – which is self-explanatory. And another is “Sexy” – which just tarnished the witnesses’ credibility.

On Twitter, neophyte senator JV Ejercito said, “I think I can manage to perform my duties as a senator without the PDAF. After all, I was elected as a legislator.” And Jinggoy Estrada was like, “O, nagsisimula ka na naman ng away!”

A survey conducted by Inquirer.Net showed 96.2 percent of Filipinos wanted the pork barrel abolished. The rest were lawmakers.

The $1.475 million condo unit of Jeane Napoles in California is reportedly up for sale. The 1,500 square foot-Ritz Carlton property has two bedrooms, two bathrooms, and 12 bathtubs.

A Philippine Daily Inquirer report says Janet Napoles owns at least 28 houses… the biggest of which are the two Houses of Congress.

Sen. Miriam Defensor-Santiago called on Congress to abolish the pork barrel system by 2016. To which Janet Napoles said, “Harsh!”

The Senate has an ongoing investigation on the pork barrel scam. Several reports say the alleged pork barrel queen may be invited to face the senators – or as Janet Napoles would call it, “reunion.”

In an interview, lawyer Lorna Kapunan reveals she has a love life, and she’s sexually-active. Thousands of sexless viewers heaved a sigh of relief. There’s still hope. THERE’S STILL HOPE!

Bong Revilla appealed to the public to not prejudge him. He also denied accusations he put the “bong” in “pandarambong.”

Undated photos of Sen. Frank Drilon with the Napoles couple are circulating online. Analysts say it’s the most damning evidence yet since it marks the first time Janet Lim-Napoles was seen with actual pork.

Lorna Kapunan says her (ex)-client, Janet Lim-Napoles has been “talking to herself” lately. Worse, she’s not getting any response.

Typhoon Nakaw
A petition asking PAGASA to name typhoons after corrupt politicians has been launched online. But the weather bureau rejected it because there’s not enough typhoons to accommodate all names.

Stolen Shots
Mark Joseph Tajo Solis, a graduate student from UP is in hot water these days. A multiple photo contest winner, it turned out that his winning entries were stolen. This kid has a bright future in Congress.

Toy Law
President Aquino has enacted a law mandating labels on toys to protect the public from potential dangers. A similar law must be enacted to mandate labels on lawmakers. 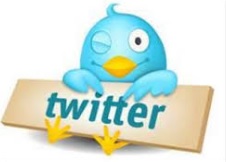 “Tweeter”
According to Vatican Cardinal Gianfranco Ravasi, Jesus was the “world’s first tweeter.” However, Ravasi refused to confirm rumors that Jesus also attempted to Instagram a photo of two fish and five loaves of bread.

Hi-tech City
Manila officials have just announced plans to install free Wi-Fi service in waiting sheds around the city so that residents could go online anytime using mobile phones and other gadgets. The plan was lauded by students and office workers, and was praised by holduppers, snatchers and robbers.

“Decapitated”
In Pasay City, a 34-year-old wife cut off her 51-year-old husband’s penis in a fit of jealous rage. Authorities are reportedly filing a case against the wife. But I seriously doubt if the case will prosper. The evidence would not stand up in court.

Traffic
There was a monstrous traffic jam in the metro last Wednesday. Edsa wasn’t moving. And Jinky Pacquiao’s face was like, “I know the feeling.”

Single
In China, a frustrated Chinese man cuts off his penis because he’s tired of being single. Will somebody please check on President Aquino!

Racism in Switzerland?
Oprah Winfrey revealed that while shopping in Zurich, she asked a boutique saleslady if she could see a bag right above her head. The woman replied, “No. It’s too expensive.” Oprah was offended. The next day, she bought Zurich.
——————————————-
“Karma is unforgiving and always gets payback.”
~ Benjamin Bayani, The Nation

Sound Bites
“Netizens must critically understand the cybercrime decision before joining the angry bandwagon. That said, I invite the outraged to call Sotto an idiot in a truly #NonLibelousTweet. Know that doing so is no cybercrime, but part of a storied tradition traced to our parents who stood against tanks at Edsa in 1986 and to the sacrifice of all who died wearing our flag and uniform in our great nation’s history.”
~ Oscar Franklin Tan, Calling Tito Sotto an idiot is no cybercrime

Headline of the Week