THE PHILIPPINE NATIONAL POLICE sacked two high-ranking officials of the Laguna-PNP and 10 other police officers after it was revealed that jail officials in a detention facility in Biñan subjected detainees to a roulette game called ‘Wheel of Torture.’ The multicolored roulette wheel has several torture selections. Detainees are either punched a la-Manny Pacquiao, hit with a paddle, or forced to repeatedly watch Bong Revilla’s privilege speech. 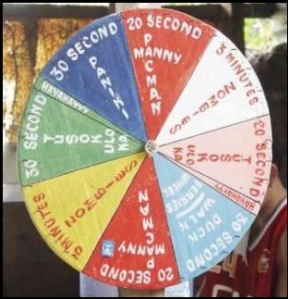 Authorities have started investigating the reported torture chamber in a detention facility in Laguna. They wanted to find out if the ‘Wheel of Torture’ was allowed by high-ranking officials; if it has been going on for a while, or if it can be used to discipline members of the Senate or the Lower House.

Bong Again
Reports say Bong Revilla will deliver another privilege speech soon. That’s not surprising though. When an actor fails in his first attempt, a “Take 2” is necessary.

Bong Revilla will reportedly deliver another privilege speech. Either he didn’t read the reactions to his first speech or he’s become a masochist.

The Ombudsman junked the plunder case filed by Bong Revilla against PDAF scam whistle-blowers. I don’t think he could blame that this time on Mar, Noy or Benhur Luy.

Abolished
President Aquino has approved the abolition of three government bodies linked to the pork barrel scam. That’s the good news. The bad news is none of them are the Senate. 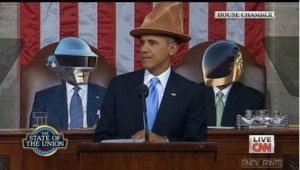 SOTU
US President Barack Obama delivered his State of the Union Address Wednesday morning (Manila time). CNN said Obama had some feisty proclamations. To be more convincing and sympathetic, he brought with him his wheel-chair bound father, Don Ramon Obama.

Vhong vs. Cedric
The CCTV footage in connection with the Vhong Navarrro mauling case has been released. According to the NBI, the condominium’s CCTV footage disproved Deniece Cornejo’s rape allegations against the TV host. The CCTV will probably help his case against Cedric Lee and company. Observers say Vhong is still lucky to be alive and even luckier that the mauling didn’t happen at NAIA Terminal 3.

BFFs?
All’s well between DILG Sec. Mar Roxas and Tacloban City Mayor Alfred Romualdez. They had a chance to talk during last week’s Senate hearing. Romualdez told reporters, “We were together in Congress. We’ve always been friends.” And typhoon Yolanda was like, “So fault ko na naman? Gano’n?”

Shoe Thief
In Tokyo, a 28-year-old man was arrested for stealing 448 pairs of high-heeled shoes. Again, that’s 448 pairs of shoes! Or as Imelda Marcos would say, ‘’Yon lang?!?

A Japanese man was nabbed for stealing some 448 pairs of shoes. Police identified the 28-year-old suspect as Sho Sato. No wonder.

A 28-year-old Japanese man was arrested for allegedly stealing 448 pairs of high-heeled shoes. When interrogated, the suspect said he “enjoyed stealing.” To which Filipino lawmakers said, “We can relate.”
———————————————————
“Man is the cruelest animal.”
~Friedrich Nietzsche

4 thoughts on “WHEEL OF TORTURE”