DECEMBER 9 is National Anti-Corruption Day in the country. It was named as such because calling it Anti-Lawmakers Day was too harsh.

In the Philippines, December 9 is National Anti-Corruption Day. That’s exactly what’s wrong with this country. Corrupt lawmakers and government officials have 364 days to steal but we only have a day to denounce it. 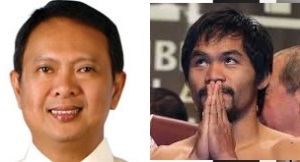 Tax Exemption
Magtanggol Gunigundo, a member of the House of Representatives has filed a bill seeking lifetime individual tax exemption for his fellow congressman, billionaire Manny Pacquiao. I have reason to believe that Gunigundo is on a juice cleanse diet too.

The BIR asks, “Whatever happened to equality?” A congressman is seeking lifetime tax exemption for his fellow congressman, billionaire Manny Pacquiao. When Nelson Mandela heard this, he died.

The Energy Regulatory Commission is currently headed by former congresswoman Zenaida Ducut who was recently slapped with malversation charges for reportedly pocketing millions of pesos in pork barrel funds. Zenaida Ducut. Living up to her last name.

Remember when then senatorial candidate Juan Ponce Enrile PROMISED to bring down the cost of electricity if elected? Me neither. 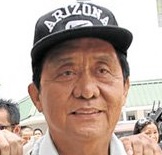 Free Again
Former Batangas governor Antonio Leviste who was convicted of killing his aide in 2007 was ordered released Friday – which was quite ironic considering that he was never behind bars at all.

Apparently, the decision to release convicted killer Antonio Leviste was done in the spirit of Christmas. Hence, the parole.

For killing an aide, Antonio Leviste was imprisoned for four years, five months and one day only. In a related story, the Guinness World Records has just named the Philippines “the best country to commit homicide.” 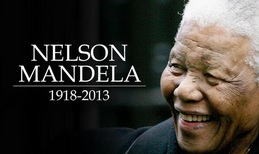 Mandela, 95
Freedom fighter Nelson Mandela who fought for equality is dead. For his anti-apartheid activities, the South African leader served 27 years in prison. Of course, he would have been released much, much earlier if his surname was Leviste.

The great Nelson Mandela once said, “If you want to make peace with your enemy, you have to work with your enemy.” And President Aquino was like, “Hell no!”

They say deaths come in threes: Paul Walker, Nelson Mandela, and helpless Meralco consumers. My sympathies.
———————————————————-
“Education is the most powerful weapon which you can use to change the world.”
~Nelson Mandela

“It’s the duty of every citizen to pay the right taxes. Paying taxes is one of the basic obligations of every Filipino citizen.”
~Palace spokesman Sonny Coloma

One thought on “PACQUIAO, PAROLE, AND POWER RATE HIKE”