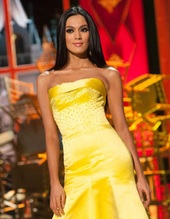 The Philippines’ Ariella Arida placed fourth (3rd runner-up) in the 2013 Miss Universe pageant. Ara did very well actually. In the dreaded Q&A, she was up against four interpreters.

Since Noynoy Aquino assumed the presidency, the Philippines has consistently made it to the Top 5 of the Miss Universe pageant – meaning, we’ve got two more years to win the title.

A panel of judges selected Maria Gabriela Isler of Venezuela to become Miss Universe 2013. There was a bit of controversy though when a losing candidate accused Senator Frank Drilon and Butch Abad of bribing the judges to vote for her.

Miss Venezuela won against our very own Ariella Arida, a chemistry graduate. Ag! Still, the reaction of pH to her runner-up finish was mostly positive. On pageant night, she was in her element! We lab you!

Despite her [misinterpreted] statement about Latina beauties prior to the competition, chemistry major Ariella Arida developed a bond with them.

Before the question and answer portion, Sen. Miriam Defensor-Santiago advised Ariella Arida to tell the truth, and – for unknown reasons, warned her against Juan Ponce Enrile.

Apparently, the judges were aware that Ariella Arida’s got a degree in chemistry. In the Q and A, the selected judge who talked about lack of jobs asked her for solutions.

Asked by a judge how to solve unemployment or lack of jobs , Ariella Arida answered, “We must invest in education because it’s the ticket to a good future.” To which Janet Napoles reacted, “Hindi rin!”

After the pageant, Bong Revilla issued a statement saying he was pleased with Ariella Arida’s answer.

Defying the odds and her critics, Ariella Arida finished 3rd runner-up. The biggest winner of them all though was Atom Araullo. 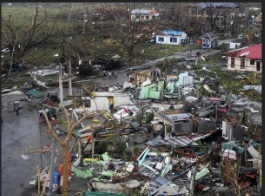 In Other News
Super typhoon Yolanda was described as one of the most destructive ever. I think it landed in second place all-time next only to corrupt politicians.

Irked by a local businessman’s suggestion to declare martial law in Tacloban City to stop the looting, an angry President Aquino, on Sunday walked out of his own briefing but returned after 10 minutes. The reports were not that clear though. Maybe it’s a walkout. Or maybe it’s just an excuse to go out for a smoke.

Malacañang lauded both Ariella Arida and Nonito Donaire Jr. (who won against Victor Darchinyan) for putting a SMILE on the face of every Filipino – except President Aquino’s.
———————————————————-
“No matter how plain a woman may be, if truth and honesty are written across her face, she will be beautiful.”
~ Eleanor Roosevelt

Sound Bites
“We extend our congratulations to Ms. Arida and the Filipino Flash. We appreciate their efforts to bring a bit of smile to Filipinos who are going through so much.”
~Palace deputy spokesperson Abigail Valte

“We dedicate tonight’s show to the people of the Philippines and Vietnam. We send our very best, our thoughts.”
~Thomas Roberts, Miss Universe 2013 Host

2 thoughts on “MISSED UNIVERSE CROWN AND THE PRESIDENT”