EARLIER THIS WEEK, alleged pork barrel scam queen Janet ‘Jenny’ Lim-Napoles was summoned to appear before the Senate on November 7. Before dawn Thursday, Oct. 24, she was rushed to the hospital. Don’t you think it’s too early for a dress rehearsal?

Reports say Janet Lim-Napoles complained of pain and nausea and was continuously vomiting. According to the PNP, “the hospital attributed the subject’s situation to stones in the ureter.” Sought for questioning, the ‘ureter’ denied stoning Janet Napoles to death.

Before dawn Thursday, Janet Lim-Napoles was rushed to the Southern Luzon Hospital in Sta. Rosa City because of continuous vomiting. Doctors advised Napoles to avoid looking at herself in the mirror, any mirror. 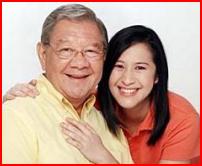 Wanted: Girlfriend
Quezon City Vice Mayor Joy Belmonte wants her widowed dad, House Speaker Sonny Belmonte to look for a girlfriend and remarry. The House Speaker is already 77 years old. Yeah, he’s kinda old. But that wouldn’t be a problem if he was a folk singer.

Joy Belmonte said her dad should look for a girlfriend and remarry. Why not? The House Speaker is good-looking, single, and charming. He’s also one of today’s richest congressmen. Finding a partner will be a walk in the pork.

House Speaker Sonny Belmonte’s latest approval rating is down to 37 percent. For Chrissakes, the man is 77. Don’t expect everything to rise.

Ratings
The latest Pulse Asia survey showed 1 in 2 respondents approved of Senate President Drilon’s performance. That one was Drilon, the other was his conscience. 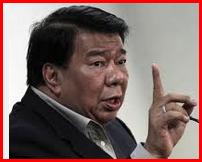 According to Pulse Asia, Senate President Drilon’s approval rating is down by 12 percentage points, from 62 percent to 50 percent. The survey has a margin of error of plus or minus Butch Abad.

There was an increase in the number of Filipinos who distrust both senators and congressmen. Or as Jinggoy Estrada would say, “Success!”

Senate President Franklin Drilon says as soon as pork barrel scammers are punished, the Senate will emerge “stronger” and “credible.” And with fewer members.

PDAF Use
An SWS survey showed nearly 7 in 10 Filipinos said they did NOT benefit from PDAF-funded projects. The remaining 3 said, “What projects?”

Collectors
A Manila court junked the petition of 13 Customs COLLECTORS who sought to prevent their transfer to another office. The transfer is part of an ongoing revamp to curb the rampant corruption in the agency. The Customs collectors are asking for prayers in this time of grief.

The attempt of 13 Customs collectors to block their transfer to another office was junked by a Manila court. Our deepest condolences.

Urduja
Typhoon Urduja has made its exit. Fortunately, it wasn’t that strong. In fact, it was barely felt. Historians believe that typhoon was just a hoax.

FYI: October 31 is NOT a nationwide holiday according to Malacanang.

2 thoughts on “OF VOMITING AND RATING”