AROUND 5PM last Wednesday, a backpack was thrown at a bus from a footbridge at the corner of Edsa and F.B. Harrison Street in Pasay City. Police thought it had a bomb in it but there only was trash. The Pasay City police chief said, “Our dog sat near the bag four times, a sign that an improvised explosive device could be inside.” It’s also a sign that you need a new dog. 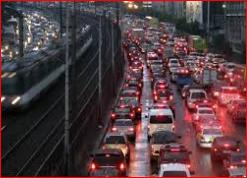 A false bomb alert stalled traffic on Edsa and other streets Wednesday night. Heavy traffic lasted almost five hours. With no other choice but to wait ‘til it’s over, motorists just sat there – DOING absolutely NOTHING. Now they know how it feels like to be an SK official.

Because of a backpack, Edsa was virtually shut down Wednesday night. Motorists say it was like the US government shutdown – but worse.

There was a monstrous traffic jam in the metro last Wednesday. Edsa wasn’t moving. And Jinky Pacquiao’s face was like, “I know the feeling.”

Kabayan
Have you been listening to former Vice President Noli De Castro on radio? I salute the man for being outspoken against corruption in government. But he was nine years late.

Former Vice President Noli De Castro must be commended for speaking against PDAF abuses on radio. It takes guts and courage to be hypocritical almost every morning.

Fired?
Initial reports say controversial LTO chief Virginia Torres (who was caught on video inside a casino) was fired. But Torres insisted she actually retired. Fired or retired, I just wanted to say, so long Virginia, “May the odds be ever in your favor.”

Unemployed
According to an SWS survey, jobless Filipinos are up by 100,000. Make that 100,001 including Virginia Torres.

Christmas
It’s less than 75 days before Christmas. It’s the season of bonuses again. I wish I were an SSS board member!

Genuine
Interviewed by the Philippine Daily Inquirer, Technology Resource Center Director Dennis Cunanan confirmed that signatures of Bong Revilla [who endorsed dubious NGOs formed by Janet Napoles] were genuine. When Revilla read the news, he vowed to hire a polygraph expert to verify if Cunanan was telling the truth.

Miss World
The House of Representatives will award Miss World 2013 Megan Young with a congressional citation next week. Congressmen praised Megan “for inspiring and bringing pride to Filipinos.” To which Megan replied, “I hope you do too. Please lang!”

Rare Find
Reports say biologists found a Rafflesia manillana, the world’s largest flower in the Sierra Madre mountains. It was a rare find the report said. But I’d be more excited if they would find Reynald Lim, Delfin Lee or Nur Misuari. 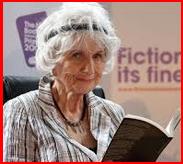 Nobel Prize
Canadian short fiction writer Alice Munro has won this year’s Nobel Prize in literature – while the Nobel Prize in good chemistry was awarded to Janet Lim-Napoles and her lawmaker friends.

If there’s a Nobel Prize in corruption, the Philippines would have multiple finalists.

Kidnapped
A high-ranking government official in Libya was kidnapped by rebels apparently to teach him a lesson for his poor performance. If only the NPA was just as useful.

New Planet
Astronomers have spotted “a strange, lonely” planet floating “alone” in space. They named it ‘Noynoy.’
—————————————————
“People who say, ‘Let the chips fall where they may,’ usually figure they will not be hit by a chip.”
~ Bernard Williams

Sound Bites
“I sometimes personally make the calls to verify signatures, and in one occasion Senator Revilla scolded me for the delay in the release of his PDAF to a designated NGO when I called his office.”
~Dennis Cunanan, Director, Technology Resource Center