Totally Baseless Information On or About Political Figures, People in Government, and Other Personalities In the News

2: In her high school yearbook, Janet ‘Jenny’ Lim-Napoles was described as “Most Likely to Get Away With A Crime Due to Connections.”

3: Jinggoy Estrada is into zumba. He also attends a yoga class thrice a week.

5: Janet Lim-Napoles had a cameo in Bong Revilla’s 2002 MMFF entry “Agimat.” She played the role of a witch who terrorized a community. In the closing credits though, “Janet Napoles – As herself” appeared.

6: In her past life, lawyer Lorna Kapunan was a geisha.

7: Incumbent Masbate governor and former representative Rizalina Seachon-Lanete (who was charged with plunder) loves the color orange. In a radio interview, she admitted that all her clothes, including her panties, brassieres, and corsets were orange. One of her daughters is named Carrota.

8: Juan Ponce Enrile’s former chief of staff, Gigi Reyes who is also facing plunder charges has left the country. She communicates with Enrile through Skype or Facetime before going to bed every night.

9: When Jeane Napoles celebrated her 18th birthday, the traditional 18 candles were replaced by 18 Rolex watches while the 18 roses became 18 Louis Vuitton bags.

10: Bong Revilla has lost 12 lbs. since the PDAF scandal broke out. He has also started taking anti-depressants.

11: After drawing flak for her controversial statement on pork barrel, Lani Mercado was ordered gagged by the Revilla clan.

13: A corrupt senator’s corrupt chief of staff receives a monthly salary of P50,000 only. But every quarter, s/he gets an additional P5-million per approved transaction with a bogus NGO.

14: In grade school, Benhur Luy was once named Mr. Talent in the Mr. and Ms. Nutrition contest. His talent was forging signatures. 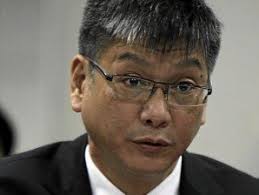 15: When his name was mentioned by talent manager Lolit Solis on radio, Executive Secretary Paquito ‘Jojo’ Ochoa unfriended Janet and Jimmy Napoles on Facebook. He has since deactivated the account.

18: When Joseph Estrada was first told about Jinggoy Estrada’s alleged involvement in another fund scandal, he allegedly quipped, “May bago ba do’n?”

18.1: Everytime Jinggoy Estrada tells a lie, he gains a pound.

19: A recent survey revealed 6 in 10 lawmakers have met and partied with Janet Lim-Napoles. The rest are liars who are going to rot in hell anyway.

20: Former senator and now, Manila Standard Today columnist Kit Tatad will drop another bombshell: President Aquino was having dinner with Nur Misuari in Basilan when Zamboanga City was attacked by MNLF rebels.

21: Nur Misuari’s full name is Nuraanur Villamayor Misuari. His mother, Marie Lyn (who married a Muslim scholar she met in UP) was originally from Bicol.

24: A private, non-commissioned study showed DILG Sec. Mar Roxas had the longest television exposure among government officials this year on a per minute basis. As of Sept. 16, his total TV exposure was 234 minutes while President Aquino was exposed for about 198 minutes. Rounding out the top 5 were Vice President Jejomar Binay, DOJ Sec. Leila De Lima, and Health Assistant Secretary Dr. Eric Tayag.

28: The Ateneo De Manila Athletic Council has released an open letter to the Ateneo community enjoining them to cheer for FEU as the Tamaraws battle La Salle in the UAAP Final 4.

29: After enjoying her first MRT ride, Kris Aquino announces her three next adventures: riding a jeepney in Pasay, swimming in Lagusnilad or España on a stormy day, and taking a ferry ride to Cebu via Sulpicio Lines.

Sound Bites
“In October, we will come up with the results of the audit on the Malampaya Fund. Let this serve as a heads-up. The results will be explosive.”
~COA Chief Grace Pulido-Tan

3 thoughts on “RUMORS, FACTOIDS, AND HUMOR”