Juan Ponce Enrile did not show up at the Senate last Monday. According to Jinggoy Estrada, the 89-year-old lawmaker was hospitalized. Estrada said it was high blood pressure. The public suspected it was a ‘dry run.’

Reports say around 750,000 pages of documents and evidence were turned over by the Department of Justice to the Office of the Ombudsman. The Ombudsman vows to file charges before the Sandiganbayan as soon as possible. President Aquino’s term ends in two and a half years. They don’t have much time. To which Enrile said, “Lalo naman ako!”

According to the National Bureau of Investigation, Senators Juan Ponce Enrile, Jinggoy Estrada and Bong Revilla pocketed some 581 million pesos in kickbacks. Of the three, the NBI said actor Bong Revilla amassed the biggest amount: P224.5M! Or as bookers would call it, “Top grosser!”

The NBI said Bong Revilla got P224.5 million from the pork barrel scam allegedly perpetrated by Janet Lim-Napoles. To give you an idea of how huge that amount was, it’s bigger than the combined earnings of ‘Ang Panday’ and ‘Ang Panday 2’ in the Metro Manila Film Festival.

Reacting to the plunder charge, Bong Revilla said, “The truth will come out.” To which “the truth” replied, “‘Wag mo kong pangunahan! ‘Di tayo close!”

Bong Revilla appealed to the public to not prejudge him. He also denied accusations he put the “bong” in “pandarambong.”

Also charged with plunder last Monday was Jinggoy Estrada . In a statement, Jinggoy said, “They are conditioning the mind of the public that we are the worst thieves.” Fine. You are NOT… the worst. 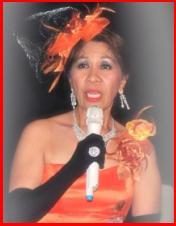 Lanete of Masbate
Former Masbate Representative and now, governor Rizalina Seachon-Lanete allegedly pocketed P108.4 million. She was charged with plunder for misusing taxpayers’ money. A separate charge was filed against her for abusing taste and beauty.

Tatad’s Tale
Manila Standard Today columnist and former senator Francisco ‘Kit’ Tatad wrote that President Aquino had lunch with Janet Lim-Napoles in Malacañang on the day she reportedly surrendered. But a number of people doubted the veracity of Tatad’s story because its opening line was, “Once upon a time…”

UAAP CDC 2013
In the recently concluded UAAP Cheerdance Competition, 8-time titlist and defending champion UP Pep Squad was dethroned. Asked how it felt to be toppled from the top spot, members of the UP men’s basketball team replied, “Ano ‘yon?”
———————————————————
“Don’t let a thief into your house three times. The first time was enough. The second time was a chance. The third time means you’re stupid.”
~ C. JoyBell C.

“This grandiose conspiracy theory peddled by Tatad is symptomatic of the old order that has been swept away. He represents what is wrong with our politics, and over the last decade, the Filipino people have made that abundantly clear by denying his return to public office twice.”
~Edwin Lacierda on Kit Tatad’s claim