MNLF LEADER Nur Misuari’s men stormed Zamboanga City Sunday hoping to hoist an MNLF flag at the city hall. At press time though, Misuari is nowhere to be found. Some say he’s either in Sulu or Basilan; others believe he’s at Heritage Park.

According to the government, the MNLF is divided, and there are factions within the group. To which Misuari replied, “Look who’s talking!”

Nur Misuari claims he has “1.3 million forces.” Some 300 of them are now in Zamboanga. The rest are in his head. 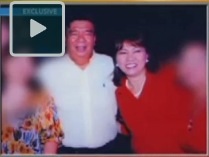 Picture, Picture
Undated photos of Sen. Frank Drilon with the Napoles couple are circulating online. Analysts say it’s the most damning evidence yet since it marks the first time Janet Lim-Napoles was seen with actual  pork.

Last Sunday, Janet ‘Jenny’ Lim-Napoles was served pork chop by the police. Interestingly, she refused to eat it. Instead, she asked her guards to deposit it into a senator’s bank account.

A former helper in the Napoles household said Janet Napoles bathed in milk. It didn’t help.

Black Nazarene
Novaliches Bishop Antonio Tobias confirmed that a monsignor formerly assigned in Quiapo used to transport the Black Nazarene to the residence of Janet Lim-Napoles upon her instructions. Talk about kidnapping and illegal detention!

Pampanga Bishop Paciano Aniceto urges lawmakers who have been linked to Janet Lim-Napoles to return the money to the national treasury. The lawmakers replied, “Sabay tayo!”

Toy Law
President Aquino has enacted a law mandating labels on toys to protect the public from potential dangers. A similar law must be enacted to mandate labels on lawmakers.

Hi-tech City
Manila officials have just announced plans to install free Wi-Fi service in waiting sheds around the city so that residents could go online anytime using mobile phones and other gadgets. The plan was lauded by students and office workers, and was praised by holduppers, snatchers and robbers.
—————————————-
“If you have to say or do something controversial, aim so that people will hate that they love it and not love that they hate it.”
~ Criss Jami

Sound Bites
“Enrile is a man who has grown so old in government corruption that I believe he was a waiter during the Last Supper. I challenged him to a public debate, but instead, he has chosen to go underground by hiring media hacks to invent stories against me. My advice to this old man is: Get a sex life!”
~ Sen. Miriam Defensor-Santiago

2 thoughts on “PORK AND NUR”