FOR THE FIRST time, Pope Francis spoke out in defense of homosexual priests in the Catholic Church. The Pope says gay priests who seek the Lord are fine with him – as long as they don’t use contraceptives.

In a bold statement, Pope Francis says gay persons are okay with him. Related: He just visited Copacabana beach in Rio De Janeiro.

Asked about the sensitive issue of homosexuality in the Catholic Church, Pope Francis says, “Who am I to judge a gay person of goodwill who seeks the Lord?” Sought for comment, gay priests chorused, “Fabulous!”

Analysts described Pope Francis’ use of the word “gay” as revolutionary. Filipino priests and bishops are now asking if they could use “havey” and “waley” freely.

Pope Francis was quoted to have said, “Who am I to judge a gay person?” Did you hear that Miriam Quiambao?

A video of the lavish birthday party in California of Janet Lim-Napoles’ daughter sent netizens abuzz on Monday. It was a feast. Curiously though, the caterer served only pork and barrels of wine.

Did you see the video of the lavish birthday bash of Janet Lim-Napoles’ daughter in California? It was quite a feast. Even Imelda Marcos felt uncomfortable while watching it.

The fabulous birthday bash happened when Janet Napoles’ daughter Jean turned 21. The lavish event was titled, “Legalized.” I wonder which part of it was.

As of this morning however, the video has been password protected. Sorry ordinary Filipinos, it’s a private event. You’re not invited!

Sotto’s Pork
Tito Sotto is being linked to misused pork barrel funds. Or as Bong Revilla and Jinggoy Estrada would say, “Gaya-gaya!”

Huli Ka!
Through his staff, Sen. Lito Lapid denied knowing businesswoman Ma. Victoria Sevilla Tolentino whose company is also being implicated in questionable pork barrel-funded projects. But a photo published by the Philippine Daily Inquirer from anonymous Facebook accounts revealed otherwise. The senator obviously knows her. Lapid vows to address the issue as soon as his, and Victoria Tolentino’s common friends have deactivated their social media accounts.

CBCP on Pols’ Money
The local Catholic Church told the public to stop accepting donations from politicians. To which the ‘public’ replied, “Kayo muna!”

Pacman’s Plans
According to Agence France Presse, Sarangani Rep. Manny Pacquiao is interested in running for president. But some people say we just concluded an election so it’s too early for Pacquiao to talk about 2016. Unless his last name is Binay. 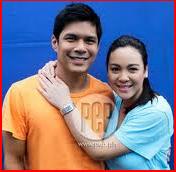 Raymart vs. Claudine
Claudine Barretto filed a temporary protection order against her estranged husband Raymart Santiago. Claudine wants the court to prevent Raymart from getting within 300 meters of her. The actor exclaimed, “Thank you Lord!”

Claudine Barretto is in a fighting mood. But her husband Raymart says he’s not afraid of Claudine, and is ready to face her anywhere, “‘Wag lang sa airport.”
—————————————————–
“To be wealthy in an unjust society is a disgrace.”
~Confucius, The Analects

Sound Bites
“May karapatan din ho naman kaming mag-shopping!”
~Janet Lim-Napoles [On Instagram, her daughter boasted that they once purchased ALL items on display at a posh boutique]

One thought on “THE POPE, GAYS, AND PORK BARREL”