PRESIDENT AQUINO delivered his fourth State of the Nation Address Monday, July 22. He enumerated his administration’s accomplishments and agenda. He was straightforward. He was specific. No-frills, no drama, no Freedom of Information Bill.

The Philippine Daily Inquirer noted that the President’s speech was interrupted at least 90 times with applause. The President did not mention anything about the FOI Bill. That received the loudest and longest round of applause from lawmakers.

It was a long speech. He spoke for 1 hour and 42 minutes – setting a personal record for the longest period spent without lighting a cigarette.

President Aquino had a long speech, one hour and 42 minutes to be exact according to reports. While the President was fighting corruption, attendees were fighting sleep. 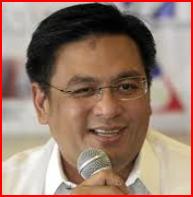 “Kapal ng Mukha”
Without naming names, President Aquino chided Bureau of Customs employees for missing their targets and conniving with smugglers. The President described them as incompetent and ‘makapal ang mukha!’ To which one Customs employee replied, “Excuse me! Hindi kami incompetent!”

It’s just a shame that corruption has become a custom in the Bureau of Customs.

After President Aquino’s speech, Customs Commissioner Ruffy Biazon did what he felt was right: he prayed, he offered his resignation, and he unfollowed the President on Twitter.

After the President’s tongue-lashing of the Bureau of Customs in his SONA, Customs Commissioner Ruffy Biazon vowed to implement drastic measures in the agency. First up: exorcism.

Tourism
The President cited a Shanghai Morning Post article in which the Philippines was described as the ‘Most Romantic Destination of 2012.’ He’s really thankful for that although he can’t relate.

The President also mentioned other international magazines which named the Philippines the ‘Best Island,’ the ‘Best Tourism Destination,’ and the ‘Best Diving Destination.’ He forgot to mention Quezon City’s Commonwealth Avenue: the Final Destination.

Erap and Sons
Addressing the issue of the feud between his sons Jinggoy and JV, Manila Mayor Joseph Estrada said, “We are one.” No Erap, you are six. 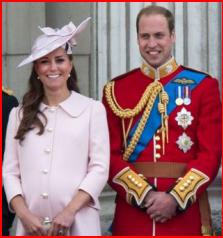 I am actually worried about the future of this Royal baby. His parents are jobless.

Kate Middleton has given birth to a healthy baby boy. William and Kate have yet to announce the baby’s name but anytime now Julian Assange and Edward Snowden would leak the name to the public.