THE DEPARTMENT of Foreign Affairs confirmed that a labor official in the Middle East was involved in the so-called sex-for-repatriation scheme. The official has been recalled and was told to pack up and return to Manila. There was this awkward moment when the sacked official asked if he could have sex first before he’s sent home.

According to the DFA, the unidentified embassy official allegedly committed “sexual harassment” and “molestation” – fueling speculations he’s either a bishop or a priest.

Reports identified a certain Assistant Labor Attaché Antonio Villafuerte as one of those involved in the sex-for-repatriation scheme. Villafuerte is keeping mum on the issue. But unconfirmed reports say he’ll only speak to the media in exchange for you-know-what.

Stem Cell Victims?
Three high-ranking politicians died after allegedly getting stem cell treatment in Germany. Rumors say one of the politicians was hoping to prevent himself from getting old. Wish granted.

There have been reports of high-profile politicians getting stem cell treatment. They were injected with stem cells from sheep, rabbits, and other animals. Stem cells from crocodiles are available but they might suffer from overdose.

Bong, Bongbong
Sen. Bong Revilla says he’s very open to teaming up with Sen. Bongbong Marcos for the 2016 presidential and vice presidential elections. He has yet to make a decision but Revilla admits he’s preparing for it. For our children’s sake, I think we should, too.

Plastic Ban
Makati City is strictly implementing a plastic ban. Stores and similar establishments are told to use brown bags instead. Senator-elect Nancy Binay has denied rumors she proposed it.

Drug Test
Now that the Anti-Drunk and Drugged Driving Act of 2013 is in effect, Tito Sotto says a drug test is no longer mandatory for drivers applying for a license – something which is really useless since what this society desperately needs is an idiot test.

Fugitive
Former National Security Agency contractor and whistleblower Edward Snowden left Hong Kong over the weekend. The US is hot on his trail. But he’s nowhere to be found now. Some say he’s in Russia or en route to Ecuador; others believe he’s seeking asylum in Iceland while some surmise he is going to Cuba. One thing’s certain though, he’s now studying how to cook embotido or adobo with the help of Google.

Some Filipinos are mocking the US government for its failure to track down Edward Snowden. Americans replied, “Helllllo! Mancao!” 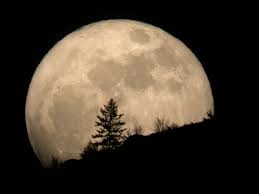 Supermoon
On Sunday night, the moon was at its nearest distance to earth. Scientists called it supermoon. Unfortunately, many Filipinos didn’t notice it because the Supermoon was wearing reading glasses.

There no longer was ‘supermoon’ on Tuesday evening. But ‘megamoon’ was still visible, and if you’re lucky enough on Thursday, you’ll witness the ‘moon for all seasons.’

Convicted
In Milan… former Italian Prime Minister Silvio Berlusconi was sentenced to seven years in prison for having sex with an underage prostitute. Again, that’s 7 years! The sentencing got a bit tense when Berlusconi announced he wanted to have sex with his prison term.

Former Italian Prime Minister Silvio Berlusconi was sentenced to a seven-year prison term for having sex with a prostitute. Unrelated: Hello to the President and his closest buddies. Wala lang. #random

Skywire
Funambulist Nik Wallenda became the first person to walk across the Grand Canyon on a 2-inch steel cable – without a net below him or a harness. He finished it in 22 minutes and 54 seconds. For his next stunt, Nik will try something different. He’ll drive from North Avenue to Taft Avenue via Edsa on a stormy, Mega Sale rush hour Friday pay day.
—————————————————-
“Power is what men seek and any group that gets it will abuse it.”
~Lincoln Steffens

Still On
Thank you again, and again to everyone who voted. The longest vote is still on. You have until June 30th. Pwedeng umulit. One vote per hour. Here’s the link.