EMPLOYEES OF PAGASA are appealing yet again to Malacañang to fasttrack the release of their hazard and longevity pay. They’ve been tracking the movement of their request for six months now. The forecast is still dim. 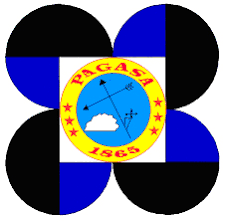 PAGASA employees have not received their hazard and longevity pay this year. In totally unrelated news, Senate President Juan Ponce Enrile has yet to touch his 200 million-peso pork barrel allocation for 2013.

Meanwhile… Typhoon Emong has left the country. Weather specialists, too.

Jori Loiz, one of the more visible PAGASA forecasters revealed his “take home” pay was 12,000 pesos per month – Or as senators would call it, “pang-Starbucks din ‘yan.”

The Philippine Daily Inquirer reported that President Aquino wasn’t concerned at all by the departure of PAGASA Chief Nathaniel Servando. That’s what officials get when their interests and hobbies do not include guns or target shooting.

Bonus
DPWH officials and employees erupted in cheers when President Aquino announced the release of a 10,000-peso anniversary bonus. It was the most heartbreaking announcement ever – for PAGASA employees.

Flood Control
Malacañang admits the government’s master plan to mitigate flooding will be fully implemented in 35 years – or as President Aquino would say, “Another lifetime.”

As part of the government’s flood control program, some 20,000 families living near waterways will have to be relocated. Local officials believe NOW is the best time to transfer them. By “NOW,” they mean, “post election season.”

Sainthood
A Vatican official confirms that a committee of theologians has approved a second miracle attributed to Pope John Paul II. News of this kind kinda makes me sentimental. It reminds me of the day my parents told me Santa Claus was real.

SC & Jalosjos
Last Tuesday, the Supreme Court upheld a Comelec ruling that barred convicted child rapist Romeo Jalosjos from running in the May 2013 elections. Jalosjos was extremely disappointed. He had purchased a time machine in anticipation of a favorable ruling.

Makati Ordinance
Makati City has implemented a ban on plastic. Celebrities were offended.

Abused
According to the World Health Organization, a third of women have been assaulted by a former or current partner. And Cong. Benjo Benaldo was like, “Ba’t kayo nakatingin sa akin?” 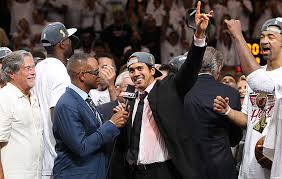 Back-to-back
LeBron James and the Miami Heat repeat as NBA champs. LeBron has two rings now. Koko Pimentel and Chiz Escudero wished they had one too.

Tax Evaders
Fashion designers Dolce & Gabbana were sentenced to 20 months in jail for tax evasion. The Fugees’ Lauryn Hill and action star Wesley Snipes also served time for the same offense. Dolce & Gabbana say, “It’s the trend!”
—————————————————
“We are trained to be employees, but no one said that we have to endure a limited salary that barely keeps pace with inflation.”
~Carlos Roche

Personal
Contrary to what was previously posted in the website, voting for this year’s Tatt (Social Media) Awards will end on June 30 (not June 20). Ten percent of the total score will come from your votes. Sa mga bumoto na (at boboto pa) thank you very much! Here’s the link to the site. I hope it’s working.