A NATIONAL GEOGRAPHIC crew is in the Philippines to shoot a documentary on crocodiles. Apparently, nobody informed them that Congress is in recess.

Nat Geo’s Brady Barr describes a crocodile as intelligent but very complex. He says “it is humans acting irresponsible.” Yeah, that’s our congressmen.

Hacked?
Reports say hackers posted President Aquino’s three personal mobile numbers on Facebook. Malacañang wouldn’t confirm if those numbers were indeed President Aquino’s although when you dial one of the three numbers, the voice prompt goes, “Sorry, the number you dialed is having a quick smoke outside. Please try your call later.”

Apparently, President Aquino has three numbers: one for Kabarilan, one for Kaibigan, and one for Kaklase.

Rainy Days
Last Thursday, non-stop rains triggered flooding in the metro causing monstrous traffic jams. Arguably, the streets of Manila were the worst place to be on a rainy day. In close second: inside a Cebu Pacific airplane.

Domestic Violence?
Brazilian model Daiana Menezes posted cryptic messages on Instagram pertaining to violence against women including a photo of her injured arm. A couple of days later, her boyfriend, outgoing Cagayan De Oro Representative Benjo Benaldo released a statement saying Daiana had forgiven him. I don’t know anything about this Benaldo guy but here’s a wild guess: he likes Chris Brown.

Benjo Benaldo, who lost in the last elections, admitted that he and Daiana were having problems but was quick to clarify, “We fought because of LOVE.” To which, LOVE replied, “Nananahimik ako. ‘Wag kang mandamay!”

On his girlfriend’s intriguing Instagram posts, outgoing CDO Rep. Benjo Benaldo said, “Daiana and I have settled our differences.” In the interest of fairness, we’re still trying to get the side of the arm.

Daiana did not give a hint if she’ll allow herself to be interviewed by the local media on her relationship with Congressman Benaldo. Rumors say though she’s willing to talk to the Nat Geo crew.

Senator Nancy
To prepare herself for the Senate, Nancy “Nanay De Pamilya sa Senado” Binay is back to school. She’ll attend a five-day training at the University of the Philippines’ National College of Public Administration and Governance contrary to earlier reports she enrolled at the Institute of Culinary Arts.

Whistleblower
I’m sure you’ve heard about Edward Snowden. He’s a former National Security Agency (NSA) contractor who exposed US electronic surveillance on American citizens. Snowden also claims the NSA has been spying on China since 2009. The NSA denied it saying, “It was much longer than that idiot!”

Edward Snowden, the NSA whistleblower is currently hiding in Hong Kong. That’s what reports are saying although it’s also likely he’s with the La Salle Brothers.

World Population
In 12 years, world population is expected to reach 8.1 billion. According to the United Nations,  there are now 7.2 billion people. Again, that’s 7.2 billion people! And you’re still single! What’s your excuse? 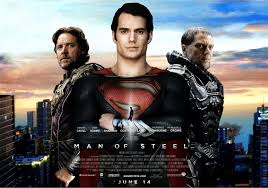 Man of Steel
Have you seen Man of Steel? It tells the story of a newborn baby who had to be hidden away from pursuing evil. He survives the danger, grows up and becomes a powerful man. The movie’s working title was “The Story of Jesus.”
——————————————
“Violence is the last refuge of the incompetent.”
~Isaac Asimov, Foundation

KampanyaSerye
To everyone who voted and to those who intend to vote, THANK YOU very much. I owe you big time. Voting for this year’s Tatt (Social Media) Awards is ongoing. Show your support for your faves. Vote here.

[Photos of Daiana via Interaksyon.com]

9 thoughts on “OF VIOLENCE, CROCODILES, AND SUPERMAN”