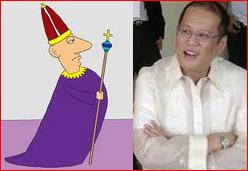 Gay Friendly
A recent study showed the Philippines ranked as one of the most gay-friendly nations in the world. “Homosexuality should be accepted by society,” according to 73 percent of adult Filipinos. The remaining 27 percent were Catholic bishops.

SONA 2013
Malacañang has started to prepare for President Aquino’s State of the Nation Address. The president’s speech will likely be divided into three: achievements, promises, and Gloria Macapagal-Arroyo.

Reports say President Aquino is preparing himself for the upcoming SONA. To which Gloria Macapagal-Arroyo said, “Ako rin.”

Certification
The Commission on Audit allowed senators to liquidate up to half a million pesos via “certification.” Or as ordinary government employees would say, “Inggit much.” 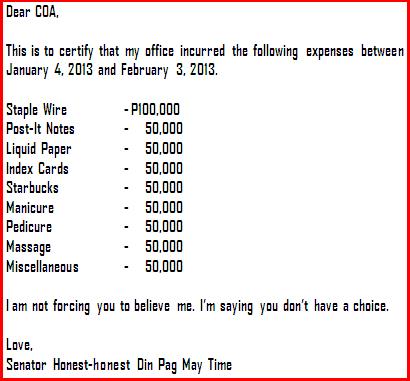 Talking Again
Here’s an interesting news. Long time rivals North and South Korea have agreed to talk again to mend their badly strained relations. All is not lost… JV and Jinggoy!

Rainy Season
On Monday afternoon, PAGASA declared that the rainy season has officially started. Davao City residents whose houses have been submerged in floodwaters since Friday were like, “Weh?! ‘Di nga?! ”

Explosion
Seven people were hurt when a suspected gas explosion ripped through a school building outside New York City. Investigators are verifying reports the school building was developed by Ayala Land. 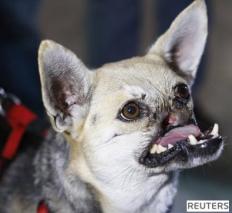 Kabang’s Back
After a successful reconstructive surgery in the US, lifesaving dog Kabang returned home to a hero’s welcome. It got a bit awkward though when Chavit Singson and Lito Atienza appeared from nowhere and started cheering Kabang on.
————————————————-
“Everyone loves a witch hunt as long as it’s someone else’s witch being hunted.”
~Walter Kirn

Sorry. I dishonored you.
I resign.”

4 thoughts on “OF DOGS, PIGS, AND BISHOPS”