THE JUNE 4 edition of PM Junior’s ‘Pugad Baboy’ talked about lesbians, homophobia, hypocrisy, and St. Scholastica. One of the characters in the comic strip asked, “’Di kaya tongril din ‘yung mga madre?” That was just offensive. St. Scholastica is an esteemed institution. How dare you say they’re “tongril?” You say Sapphist or Lizzie Maguire or les!

Pol Medina Jr. apologized to St. Scholastica’s College for insinuating in his popular comic strip that beautiful students in the Catholic school were lesbians. In other news, Don Bosco students have asked PM Jr. to please not write about them.

The past few weeks have been challenging for satirists, and for comedians who dish out politically incorrect jokes. Thank goodness for thinking readers! And to those who are offended by my blog posts, I am sorry if I am not your definition of funny.

In giving up his post, Tito Sotto was quoted to have said, “Pagod na ako. Nawalan na ako ng gana.” The feeling is mutual.

In a privilege speech Thursday, Tito Sotto shocked his colleagues when he quit as majority floor leader. And even more shocking, no part of that speech was plagiarized.

Two Serendra
A week after the explosion that ripped through the upscale Two Serendra condominium in Taguig City, DOTC Sec. Mar Roxas declared that the incident was caused by an LPG leak – not by a bomb, not by terrorists, not by the previous administration.

No Smoking
Through Presidential Proclamation 183 signed in 1993, the month of June has been declared, ‘No Smoking Month.’ And President Aquino was like, “’Di nga?!?”

June has been declared ‘No Smoking Month.’ President Aquino can’t wait for July. 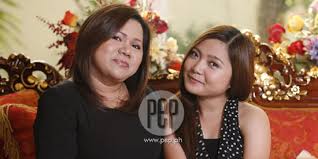 Out!
A week after her daughter “came out,” Charice Pempengco’s mother, Raquel admitted that she used to be a lesbian also. I wonder if she went to St. Scho too.

Last week, Charice admitted that she’s a lesbian. On Friday, her mother revealed she used to be a lesbian. Can’t wait for the grandmother’s statement.
——————————————-
“A man is angry at a libel because it is false, but at a satire because it is true.”
~G.K. Chesterton