CLASSES for Academic Year 2013-2014 opened Monday, June 3. In some schools, a teacher is assigned to supervise 50 to 75 grade school pupils. Or as Dan Brown would call it, “the most densely populated classroom on earth.”

You know it’s the opening of classes in the Philippines when… there’s monstrous traffic jams, the rains start to fall… and the government begins doing road repairs.

And the no. 1 thing you wouldn’t want to hear from your children’s teacher on the first day of classes…

Laughing
The Philippine Coast Guard dismissed as “inaccurate” and “hearsay” a Philippine Daily Inquirer report that coast guards were seen in a video laughing while they were firing at a Taiwanese fishing boat. The authenticity of the video was also questioned because a portion showed Ma’am Charo laughing too.

Two Serendra
Investigators have yet determine the cause of explosion in the upscale Two Serendra condominium. DILG Sec. Mar Roxas says there are no traces of bomb chemicals in the area. Hopefully, there will be no traces of cover-up either.

Fire!
Five people were killed when a fire of still unknown origin razed a boarding house in Las Piñas last Saturday. Residents trooped to the site of the incident hoping that President Aquino and DILG Secretary Mar Roxas would also show up. #asa

Blast from the Past
Exactly a year ago, a clothing line got flak for its “racist” campaign: “What’s your mix?” I am reposting this blog from June 2012 plus some updates. Enjoy! 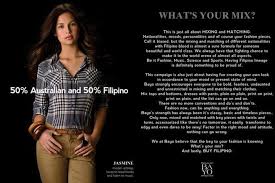 Have a fun week!