PRESIDENT AQUINO has signed Republic Act 10586 or the “Anti-Drunk and Drugged Driving Act of 2013.” According to the new law, signs of drunk or drugged driving include “overspeeding, weaving, lane straddling, sudden stops, and swerving” – collectively categorized as “Things we normally see everyday.” 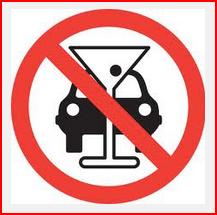 Republic Act 10586 shall allow cops to conduct sobriety tests on suspected drunk drivers. If a driver passes the test, he is allowed to conduct a sobriety test on the cop.

President Aquino approved the “Anti-Drunk and Drugged Driving Act of 2013.” The law was principally authored at the Lower House by former President Gloria Macapagal Arroyo and son Dato – Or as the President would say, “I wasn’t aware of that.”

Stuck
A miffed President Aquino was forced to call MMDA Chairman Francis Tolentino on Friday when he got stuck in traffic and arrived late in Taguig City for a speaking engagement. The President complained, “I did not expect it’s traffic everywhere.” And Dan Brown was like, “Told yah!”

Explosion
Some sad news. A huge explosion ripped through the upscale Two Serendra condominium at Bonifacio Global City Friday night. People were shocked to hear about the explosion and were even more shocked to see the President of the Republic of the Philippines himself at the explosion site shortly after the incident.

At press time, the cause of the explosion has not been determined but the President is not ruling out the involvement of Gloria Macapagal-Arroyo.

Anti-Corruption
President Aquino has signed a law designating December of every year as ‘Anti-Corruption Month.” Corrupt people in government thanked the President for the remaining 11 months.

If the President is serious on weeding out the corrupt in government, every month should be an “Anti-Corruption Month.”

Binay and Trapo
Vice President Binay was quoted to have said that he wanted the Philippines to break free from traditional politics. The ‘Philippines’ replied, “You first!”

Economic Boom
The government reported an impressive economic growth of 7.8 percent in the first quarter of the year. Malacañang says “growth was felt in almost all sectors.” But not by the people (sector).

The Villafuertes
Defeated gubernatorial candidate and outgoing Camarines Sur Representative Luis Villafuerte Sr, 77 is filing an electoral protest against his 24-year-old grandson, incoming Cam Sur governor Migz Villafuerte. Villafuerte accuses his apo of “disputing, controverting and impugning the results of the elections.” Migz told his lolo, “You taught me well.”

Filthy Rich
Official records show 52 of 56 incumbent party-list representatives are multi-millionaires. There is no god.

Lozada
NBN-ZTE witness Jun Lozada who, himself, faces graft charges before the Ombudsman says he has lost faith in the administration’s “daang matuwid.” Sought for reaction, the “daang matuwid,” replied, “the feeling is mutual.”

It was an epic failure for Miss Universe Canada. On pageant night, the eventual fourth place finisher was declared winner due to a typo. She was later stripped of the title. But the embarrassed candidate says she won’t file a protest because she has accepted it, she has moved on, and she’s not a Filipino politician.

American Idol
Like fellow judge Randy Jackson, Mariah Carey and Nicki Minaj are leaving American Idol. The viewers too.
————————————————————–
“Beauty is about being comfortable in your own skin. It’s about knowing and accepting who you are.”
~Ellen DeGeneres

Have a safe and fun-filled weekend!

5 thoughts on “EXPLOSION, CORRUPTION AND OTHER STORIES”