PRESIDENT AQUINO was named one of TIME magazine’s 100 most influential people in the world. In other news, his PR team has been named one of the world’s most convincing.

Joseph Estrada hosted a party on his 76 birthday. A magician was invited to provide entertainment. Erap had so much fun. He asked the magician to make Alfredo Lim disappear.

Sizzling Summer
On Friday, April 19, PAGASA recorded the year’s hottest day yet in Metro Manila. It was so hot yesterday people stood next to Customs personnel just to be near something shady.

Catholic Vote
Anti-RH Law senatorial candidate Mitos Magsaysay said, “If I win, that proves that there is a Catholic vote.” I can’t wait to disprove that.

Boston Bombing Suspects
On Friday night (Manila time), 26-year-old Tamerlan Tsarnaev, one of the suspects in the Boston marathon bombings, was killed by authorities. The second suspect, Tamerlan’s 19-year-old brother Dzhokhar Tsarnaev was nabbed after almost 24 hours of manhunt. The FBI wanted Dzhokhar alive so they could him ask how to correctly pronounce his name.

Boston bombing suspect No. 2, Dzhokhar Tsarnaev was caught alive by authorities. Sought for comment, Tsarnaev said, “I am just relieved this didn’t happen in Manila.”

New Planets
NASA astronomers have announced the discovery of three new planets considered to be “the most Earth-like.” To which, Imee Marcos asked, “Do they have banks out there?” 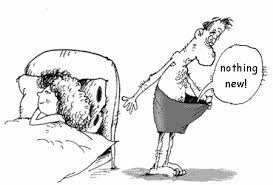 Penis Size
According to an online report titled, “Average Penis Size by Country,” the average size of manhood in the Philippines is 4.2 inches. Even Filipino women were like, “Come on! That’s too big!”
—————————————————-
“Example is not the main thing in influencing others. It is the only thing.”
~Albert Schweitzer