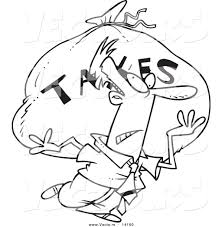 Government employees – including elected officials are also required to file their Statement of Assets, Liabilities and Net Worth or SALNs on April 15 – otherwise known as “Test of Honesty Day.”

Government officials and employees are required to submit their 2012 SALNs on or before April 15. I heard that Manny Villar, JV Ejercito and Imee Marcos have filled out their SALN forms as early as April 8. Under liabilities, they wrote, “PCIJ.”

Nancy Hurting
Senatorial aspirant Nancy Binay admitted she was hurt by a scathing Philippine Daily Inquirer editorial titled, “Unqualified.” Nancy said the attacks were “vicious” and were part of a “demolition campaign.” As a rejoinder, the Inquirer is writing another editorial titled, “Whatever.”

The Promise
Weeks after declaring that she’s quitting showbiz, presidential sister Kris Aquino is still in showbiz. She’s not keeping her promise. It all points to a successful career in politics.

Church Attendance
A recent Social Weather Stations survey showed that the number of Filipino Catholics who regularly attend Sunday Catholic mass had dropped to only 37 percent. The rest were ‘enlightened.’

According to the latest SWS survey, 9.2 percent of Filipinos consider leaving the Catholic Church – “sometimes.” The others consider it all the time.

The latest SWS survey showed that only 37 percent of Filipino Catholics attend Sunday mass regularly. UNA spokesman Toby Tiangco questioned the results of the study and challenged the SWS to identify the financiers of the survey.

Margaret Thatcher is dead. Can we now invade the Falkland Islands?

Just weeks after the passing of Venezuela’s Hugo Chavez, Britain’s Margaret Thatcher died. They say it comes in threes. Well, Ruffy Biazon’s days at the Bureau of Customs are numbered.

More Attractive
Size does matter. Australian researchers revealed that men with a larger penis were rated as being “relatively more attractive” to women. At 53, President Aquino is still single. Wala lang. Promise, wala talaga.
——————————————————-
“There is no worse tyranny than to force a man to pay for what he does not want merely because you think it would be good for him.”
~ Robert A. Heinlein