I don’t know which was more shocking: Kris Aquino running for vice president or Archbishop Cruz cozying up with administration people.

But the outspoken Archbishop sees “nothing wrong” with Kris Aquino seeking public office saying “it takes so little to qualify for public office.” To which Nancy Binay said, “I know!”

Archbishop Emeritus Oscar Cruz says he’s heard rumors that Kris Aquino is running for vice president in 2016. And in case you haven’t heard, Archbishop Cruz is the newest member of “The Buzz.”

Political Ads
The Commmission on Elections revealed that from February 12 to March 22, UNA’s JV Ejercito was the top TV advertiser among senatorial candidates. Ejercito has consumed 26 minutes of airtime and 70 percent of Jinggoy’s patience.

Since the campaign period started, 17 senatorial aspirants with UNA’s JV Ejercito on top have consumed at least a minute of TV airtime. Surprisingly, Cynthia Villar was nowhere on the list. She has consumed all of 2012.

In local politics, Alfredo Lim and Joseph Estrada have both consumed 20 hours of mindless mudslinging.

As of March 22, Team PNoy’s Grace Poe and Alan Peter Cayetano have each consumed 60 minutes of MMK.

GMA Network had a total of 163.5 minutes of campaign ads – but that’s nothing compared to ‘Gandang Gabi Vice’ which had more than 10 episodes of political promos.

Pulse Asia
The latest Pulse Asia survey conducted from March 16 to 20 is out! Chiz Escudero has bounced back to No. 2. Sorry Ramon Tulfo! Sorry Mr. and Mrs. Ongpauco!

Pulse Asia conducted its survey at the height of the Heart-Chiz controversy. Pulse Asia to UNA: “Sorry talaga but we tried our best.”

Satisfied
According to a Social Weather Stations survey, 4 out of 5 Filipinos are satisfied with their life.The survey was conducted in Congress.

In a recent SWS survey, 81 percent of Filipinos said they were satisfied with their life. The rest were honest.

Noynoy Vetoes Bill
President Aquino refused to sign into law a proposed measure that would have allowed short people to join the police force. This is all your fault GMA!

Absenteeism
Some senatorial candidates say a stiff fine must be imposed on lawmakers who are always absent in sessions. And Jules Ledesma was like, “Keri lang!” 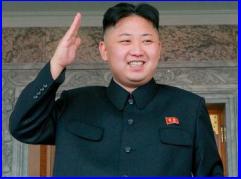 Born to a former leader, Kim Jong Un is a spoiled, bratty, attention-seeking person who’s reportedly fond of basketball players. Are we sure he’s not an Aquino?
————————————————————-
“Some are born weird, some achieve it, others have weirdness thrust upon them.”
~Dick Francis, To the Hilt

5 thoughts on “MINUTES TO WIN IT”