HAVE YOU HEARD President Aquino’s Holy Week message? He’s blaming GMA for the capture and crucifixion of Jesus Christ!

In his Palm Sunday homily, Cardinal Luis Antonio Tagle urged Filipinos to shun “a mentality of retaliation.” To which, the Diocese of Bacolod replied, “Whatevs!” 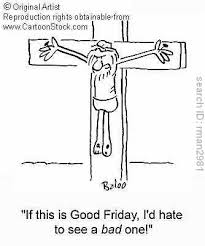 Rumors say the Senate is organizing a senakulo. But Senate President Enrile  prefers an alternative ending to Jesus Christ’s ‘crucifixion and death.’ He wants ‘ambush and survival.’

According to Bible scholars, the betrayal, capture, crucifixion and death of Jesus were all part of a “plan” – Or as Juan Ponce Enrile would call it, “staged.”

During the senakulo, the senators themselves will reenact the Last Supper. Chiz Escudero can’t wait to have wine.

Congress is staging its own senakulo. There’s a problem though: they can’t find someone who’ll play Jesus because most, if not all solons are only qualified to portray the role of the two thieves.

The Lower House picked Lucy Torres to play the role of the Virgin Mary. But there are rumors she’ll be ousted from the cast.

Holy Week is considered as a period of suffering. James Yap has a term for that: marriage.

The Aftermath
Netizens are divided over the Kris Aquino and James Yap issue. Half of them admired James, the other half admired Viel.

A Philippine Entertainment Portal survey showed more Filipinos tend to believe James Yap over Kris Aquino. Based on the online poll, 6 of 10 believed James while nearly 3 of 10 believed Kris. They were Ballsy, Pinky and Viel.

Heart and Chiz
Guesting live on TV, actress Heart Evangelista said she’s standing by Chiz Escudero… much to the disappointment of her mama, her papa and UNA.

Giant Asteroid
The head of NASA says if a giant asteroid similar to the one that exploded in Russia a couple of weeks back hits Earth, the only thing people can do is “pray.” If that asteroid is heading towards the Philippines, the Supreme Court can always issue a status quo ante order to stop it.

If it’s true that a large asteroid is heading towards Earth, I hope it hits politicians who dance the Gangnam Style in campaign sorties.

Loren’s Crush
In a radio program, Loren Legarda admitted that she had a crush on Gringo Honasan. That’s probably the reason why Honasan’s wife wanted to crush Loren Legarda.
——————————————
“All religions are the same: religion is basically guilt, with different holidays.”
~Cathy Ladman