MARCH 16, 2013. On this day 492 years ago, Portuguese explorer Ferdinand Magellan landed on Homonhon Island (Eastern Samar). He was warmly welcomed by Eastern Samar Rep. Ben Evardone who feted the Portuguese as his new ally. Weeks before Magellan’s arrival, Evardone abandoned his former principal, Rani Gloria Arroyo, wife of Rajah Miguel. And the rest, as they say was history.

Here’s something light for the weekend.

3: Panfilo Lacson and Miriam Defensor-Santiago: He’s Just Not That Into You

11: Jamalul Kiram III and his men: A Series of Unfortunate Events

18: The Abu Sayyaf Group: Beasts of the Southern Wild 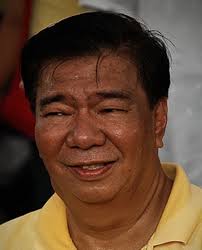 25: Gloria Macapagal-Arroyo and her administration: The Usual Suspects
—————————
“People who LIKE movies have a favorite. People who LOVE movies couldn’t possibly choose.”
~Nicole Yatsonsky

Sound Bites
“I categorically state that I have never claimed nor complained to Migz Zubiri that I was a battered wife. In the close to twelve years that we lived together, my husband Koko Pimentel has never ever physically hurt me.”
~Koko Pimentel’s ex-wife Jewel Lobaton on Migz Zubiri’s revelation she’s a battered wife