THIS WEEK, the College of Cardinals is expected to vote for a new pope. The election is getting serious. In fact, some of the cardinals have been dancing to Psy’s ‘Gangnam Style’ just to win votes.

The rapid rise in popularity of Filipino Cardinal Luis Antonio Tagle is phenomenal. He’s reportedly in the Top 12. But expect him to inch much closer to the top 5 when his life story is featured in “Maalaala Mo Kaya.”

Some 115 cardinal electors gather in Sistine Chapel to elect a new pope. Reports say the cardinals will be praying and voting four times. Yup, four times. That’s worse than some Filipinos who vote twice during elections.

According to the rules, if a new pope is not elected in two or three days it means the cardinals are probably severely divided – that, or the votes from Lanao and Maguindanao don’t tally with the actual number of voters.

Firefighters have installed the Sistine Chapel chimney that will tell the whole world when a new Pope is elected. A black smoke from the chimney means there’s no winner yet; a white smoke signifies the election of a new pope, and a red smoke means Santa Claus was trapped and got toasted. 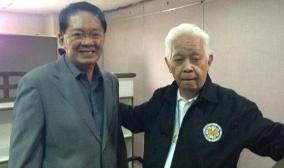 President Aquino’s two new picks for Comelec commissioner, Macabangkit Lanto and Ma. Bernadette Sardillo both declined their appointments. The Comelec is in panic mode now since the conclave will start in less than 24 hours.

Macabangkit Lanto and Bernadette Sardillo who both declined their appointments to the Comelec were chosen by President Aquino to replace retired poll officials. The President should replace his search committee first.

Pulse Asia
The latest Pulse Asia survey is out. It’s 8 for Team PNOY, 4 for UNA and 6 for political dynasties.

Now ranked sixth, Team PNOY’s Bam Aquino is the biggest gainer. The survey has a margin of error of plus or minus 2 lbs.

Giving
According to the World Giving Index, the Philippines is the second “most giving” nation in Southeast Asia and 17th among 160 countries in the world. We are really generous. We give to charity, we give to strangers, and we give up our claim to Sabah. 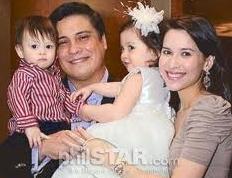 Satisfied
Senatorial aspirant Miguel Zubiri of UNA said, “Win or lose, my wife and I are making baby No. 3.” With or without that baby No. 3, we don’t care!

Sought for comment on rumors that he’s gay, Migz Zubiri told the Philippine Daily Inquirer, “Ask my wife. She seems so satisfied.” To which Ogie Diaz said, “My wife too.”

Migz Zubiri’s’ wife Audrey said, “We have two wonderful children. I am very happy with my husband.” And Koko Pimentel was like, “Whatevs!”
———————————————–
“Democracy cannot succeed unless those who express their choice are prepared to choose wisely. The real safeguard of democracy, therefore, is education.”
~Franklin D. Roosevelt

8 thoughts on “THE CHOICE”