SENATORIAL ASPIRANT Cynthia Villar drew flak for her answer (to a debate question) deemed offensive and insulting by Filipino nurses. Here’s an unsolicited advice to Mrs Villar: Avoid careless statements, avoid generalizations, and avoid getting confined in a hospital in the next few days.

In a statement, Mrs. Villar said the 30-second time limit was “too short’” for her to expound on the issue. To which, the clock replied, “So fault ko? Mukha mo!”

For Cynthia Villar, 30 seconds was too short to answer an issue but too long to create a new term: ‘Room Nurse.’

On Twitter, senatorial candidate Cynthia Villar insisted that she holds “the nursing profession in high regard.” Except when there’s a time limit.

In Other News…
Summer will officially start this week according to PAGASA. People are going to feel the heat soon, or in the case of Cynthia Villar, “now.”

Defiant
The Diocese of Bacolod defied Comelec’s repeated order to remove the illegal campaign tarps outside the San Sebastian Cathedral. Church leaders refuse to follow the rules on campaigning. Who the hell do you think you are, senatoriables?!?

Sabah Conflict
Sultan Jamalul Kiram III’s men holed up in Sabah insisting that the land originally belonged to them. They won’t leave because they believe they’re the righful owners. If the situation still confuses you, think Luisita farmers minus the bloodshed.

In Dennis Tito’s planned Mars mission, a man will be placed with his wife inside a capsule for 501 days. Or as the man would call it, “calvary.”

American millionaire Dennis Tito is looking for a married couple to be sent to planet Mars. Filipino nurses have a couple in mind. 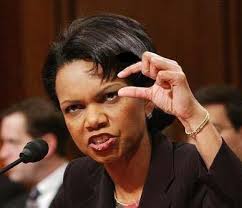 The Penis Mightier…
In Jakarta… a mother killed her 9-year-old son for having a small penis. A number of Filipino lawmakers would probably be in trouble if they’re from Indonesia.

A 38-year-old woman killed her son for having a small dick. The mother was quoted to have said that her son would have a bleak future with his small penis. I guess he’s got a brighter future now.

This Indonesian woman is sick! Just because a guy’s manhood is small doesn’t mean he’ll have a bleak future. You can ask our president!
———————————————-
“Never ruin an apology with an excuse.”
~Benjamin Franklin

Sound Bites
“The 30-second limit for me to answer the question posed on the news program was too short to give the complete details surrounding the issue. I hope that this statement will clarify the issue. I am sorry if it has created confusion. Thank you.”
~Mrs. Cynthia Villar’s statement in response to criticisms following her controversial answer to a debate question

Have a great week ahead. Summer is here!

7 thoughts on “OF NURSES AND PENISES”