ON ANC, senatorial candidate Jack Enrile told his own version of what happened the night of the alleged suicide of young actor Alfie Anido in 1981. Jack said he went to the Anido residence and found him dead. He was there. Interestingly, in Senate President Enrile’s memoirs, he stated that his son did NOT go there. As the adage goes, “you cannot change the past.” Unless of course you’re Juan Ponce Enrile.

Cong. Jack Enrile admitted he had heard rumors about his father’s alleged affair with his chief of staff, Gigi Reyes. But when he asked his father, the older Enrile “just kept mum.” Hashtag AlamNa.

No. 5:
For real?
Super senior statesman reveals voting for the acquittal
of ex-SC Chief Renato Corona 36 years ago

No. 4:
JPE changes 1972 ambush story for the sixth time;
insists it was staged

No. 3:
Former senator Enrile claims actor Alfie Anido did not commit suicide;
calls on son to surrender to authorities

No. 2:
Very ill Enrile comes clean:
“I was not physically present on Edsa in 1986
It was my body double who was there!”

Last Saturday, the life story of senatorial candidate Mary Grace Poe was featured on MMK. I don’t know how the show fared on Kantar-TNS but Poe is reportedly doing well on SWS.

Mock Polls
The Commission on Elections held mock polls over the weekend… while senatorial candidates continue to mock the polls via hourly political ads.

In the mock polls held Saturday, the Commission on Elections used the names of Hollywood celebrities instead of actual candidates. Jennifer Lopez was the top choice for senator. Sought for comment, JLo said she couldn’t wait to receive her cash gift from Enrile.

Neil Armstrong finished in fourth place. Even in mock elections, the dead gets to participate. Very Filipino.

David Pomeranz was in 12th and last place… although he would have probably ranked higher if his life story was featured on ‘Maala-ala Mo Kaya.’ 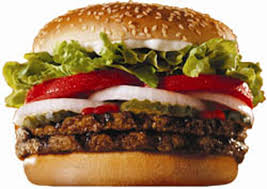 Richard III
After a DNA test, UK scientists confirmed that the remains found under a car park were that of England’s 15th Century king, Richard III. BREAKING: Burger King denies that its hamburgers were found to have traces of Richard III’s DNA

American Football
Did you watch or monitor Monday’s Superbowl XLVII? Great! Neither did I.
————————————-
“I’m not upset that you lied to me, I’m upset that from now on I can’t believe you.”
~ Friedrich Nietzsche

Sound Bites
“My account is actual. I was actually there.”
~Cagayan Rep. Jack Enrile recalling the Alfie Anido alleged suicide case (via ANC)

“We don’t have a choice, it’s already up to the Court. I feel bad because Luisita was very beautiful when I first met Peping in 1962.”
~Former Tarlac Governor Tingting Cojuangco on Hacienda Luisita (Via GMA News)