TOUR GUIDE, theater artist, painter and activist Carlos Celdran was sentenced to a minimum of two months and maximum of one year in prison for “offending religious feelings.” The guilty verdict was handed down by Manila Metropolitan Trial Court Branch 4 Judge Ayatollah Ruhollah Khomeini. 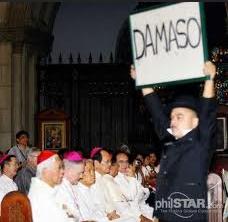 Tour guide Carlos Celdran was sentenced to a prison term after he was found guilty of “offending religious feelings” – which, makes me wonder why Bishop Teodoro Bacani is still out there, and free.

Burglary
Last Saturday, a 22-year-old jobless man identified as Hilbert Moncano broke into the office of MMDA Chairman Francis Tolentino in Guadalupe Nuevo, Makati City. According to the police, no money was taken. Feeling sorry for himself, Moncano said he should have just broke into a senator’s office.

Reports say the 22-year-old suspect was trapped inside MMDA Chairman Francis Tolentino’s office for almost 36 hours and even took a shower before he was found. In totally unrelated news, Tolentino and his wife just had a fight.

And you still wonder why those robbers escaped?!

Silence Please
Sen. Miriam Defensor-Santiago has filed a bill that seeks to penalize the use of electronic devices like cell phones inside cinemas, concert halls, and other performance venues. The feisty senator wants those gadgets in “silent” mode. To which, moviegoers said, “You first!” 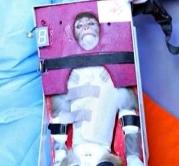 Iran’s Space Program
Iran is claiming to have successfully launched a monkey into space and brought it back alive. American astronauts were like, “That was so ‘50s!”

Iran claims it has successfully launched a monkey into space and brought it back alive. Did you see the poor animal? It looks frightened as if it’s being hostaged. I heard Ben Affleck’s doing a movie about it.

Reports say Iranians have successfully sent a monkey into space. That’s impressive but maybe not as impressive as Filipinos who have sent hundreds of crocodiles to Congress.

Penis captivus
In Mandaue City, Cebu… a woman allegedly died when her partner’s penis got stuck in her vagina during an intercourse. The “inseparable” couple was brought to the hospital but the woman was pronounced dead on arrival. She died of prolonged embarrassment.
————————————————-
“It’s discouraging to think how many people are shocked by honesty and how few by deceit.”
~ Noël Coward, Blithe Spirit

Sound Bites
“If our priests and members of religious orders follow the example of the Holy Pope, I think Christian generosity and charity will prevail and maybe the Church could forgive Mr. Celdran so that we can move on.”
~President Aquino via Rappler.Com

Personal
A shout out to Dr. Dulcinea Laforteza and her expository writing class at the University of the Philippines in Los Baños! Hello!