I BELIEVE that each person is unique. For example, I like tinola very much. And you’re a corrupt politician. Unique!

Let’s have another example: I’m a typhoon Pablo victim who begged for a kilo of rice for Noche Buena. And you’re a senator who got 1.6 million pesos for Christmas. Unique!

According to the World Giving Index 2012 by British organization Charities Aid Foundation, when it comes to generosity, the Philippines is 17th in the world. At No. 1 is Juan Ponce Enrile.

Last Christmas, Senator Enrile gave 22 senators a total of almost 30 million pesos. Quoted by the Inquirer, a lawmaker described it as “unconstitutional” and “unconscionable.” The lawmaker refused to be identified but the consensus was, “It’s definitely not Lito Lapid.”

Manantan/Atimonan
Reports say the leader of the group of police that killed 13 people in an alleged “shootout” in Atimonan, Quezon had been involved in several high-profile “shoot outs” leaving no less than 45 people dead. Right now, Superintendent Hansel Manantan has a better shooting record than the Los Angeles Lakers.

Supt. Hansel Marantan is being linked to illegal gambling. He was also involved in controversial operations in which not a single person survived. Or as Manantan would say, “jackpot!”

Police officer Hansel Marantan is being accused of rubout. Senator Panfilo Lacson defended the cop saying, “Instead of demonizing him, he should at least be given the benefit of the doubt.” To which, Marantan said, “Idol!!!”

Terror Teacher
Have you seen the viral video of Narciso Varona, the teacher who was caught verbally and physically attacking his student? It’s a hit.

Montessori Professional College International school teacher Narciso Varona has been dismissed from service after he was caught on cam verbally and physically hitting a female student. Now unemployed, Varona is reportedly applying for a job at Philip Morris. 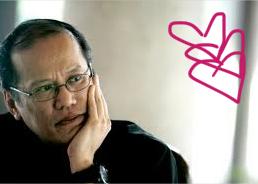 Lovelife 2013
According to psychic Danny Atienza, this year, President Aquino will finally meet the woman he’ll definitely fall in love with. When the woman heard the prediction, she went into hiding.

Sound Bites
“He returned my biscuits, so I returned his cash. You don’t like my biscuit, I also don’t like your money.”
~Sen. Miriam Defensor-Santiago on Senator Enrile’s cash gift of quarter of a million pesos. Prior to that, she gave Enrile a bag of biscuits from Iloilo but the Senate President had it returned