SENATE PRESIDENT Juan Ponce Enrile is unfazed by coup rumors, and insists his position against the RH Bill will never change. The passage of the controversial bill, Enrile believes, will affect the future – which is the least of his concerns since he won’t be there anyway.

As Congress votes on the RH Bill, Antipolo Bishop Gabriel Reyes calls on Catholics to start praying and fasting starting Monday. To which, most Catholics replied, “Sure, we’ll pray!”

SMS Turns 20
December 3 marks the 20th birthday of Short Messaging Service (SMS) or text messaging. It was one of the coolest inventions of the ‘90s – despite the extremely annoying txtspeak!

It’s the 20th birthday of the short messaging service. Vice President Binay is celebrating it with a text blast.

Unconfirmed reports say the first text message in the Philippines was sent by a Globe subscriber. The text message is still on its way.

According to online reports, the first text message sent was “Merry Christmas.” The first reply received was, “Hus dis?”

Short Messaging Service or text messaging has just turned 20. And former Pocketbell executives were like, “Whateverrr!”

It’s the 20th birthday of SMS. This technology has changed so many lives. For example: If not for that one text message from Brody, Abu Nazir would be dead already.

I heard that Catholic priests are not into text messaging. At 20, they find it “too old.”

And finally, text messaging is now 20 years old. Or as Vic Sotto would say, “Pwede na!”

Vatican says the Pope’s first tweet will be posted on December 12. Did the Mayans miss it by 9 days?

Sketchy reports say the Pope has inspired Catholic priests into joining Twitter. And they got more excited when they learned that Twitter is 6 years old.

After his arraignment, Manoling Morato was transferred to St. Luke’s Correctional Facility.

Pacquiao-Marquez 4
The Pacquiao-Marquez IV fight is happening on Sunday, December 9. So far, bookmakers and betting agencies are unanimous on who’s going to win it big – Bob Arum.

It will be the fourth bout between Manny Pacquiao and Juan Manuel Marquez. Of their two last fights, the least interesting… were both of them.

Everyone is looking forward to a Floyd Mayweather Jr – Manny Pacquiao fight next year. Or if not Floyd, Pacman should at least try Lindsay Lohan. 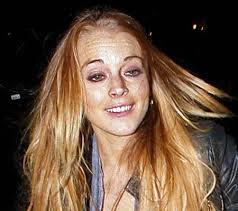 Arrested, Again
A drunk Lindsay Lohan was arrested for punching a psychic inside a bar last week. Apparently, the psychic didn’t see that coming.
——————————————–
“Email, instant messaging, and cell phones give us fabulous communication ability, but because we live and work in our own little worlds, that communication is totally disorganized.”
~ Marilyn vos Savant

Quote of the Day
“Rich or poor, Filipinos want the RH bill. We should do head-butting now.”
~Sen. Miriam Defensor-Santiago