BARACK OBAMA has been reelected president of the United States of America.. Shortly after his win, Obama delivered a victory speech. Some said it was inspiring. Others believed it was stirring. For Tito Sotto, it was worth translating.

In his victory speech, US President Obama said, “I have never been more hopeful about America. And I ask you to sustain that hope.” And then it got a bit weird when he declared, “Hahabulin natin ang mga tiwali at nagsamantala noong panahon ng pamamahala ni Ginang Arroyo!”

The second inauguration of Barack Obama happens on Jan. 21, 2013. There’s no truth to rumors he’ll take his oath before Conchita Carpio-Morales.

President Obama will have his inauguration on January 21, 2013. He personally invited Noel Cabangon to sing a couple of songs, or maybe more.

The presidential election is finally over. The Obama administration should now focus on rescuing Rick Grimes, his son Carl, Hershel, Glenn, Maggie et al. in Atlanta. When will you act people? For chrissakes, Lori’s already dead! 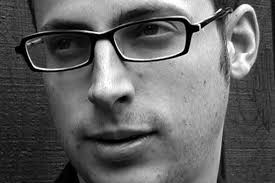 Polling data guru Nate Silver impresses Americans again as he calls every state right in presidential vote. He’s been accurate in forecasting the winner in every state as he did in the 2008 elections. I think we should be alarmed if Silver begins predicting the end of the world.

I believe however that Nate Silver would have NOT predicted the winner of the 2004 Philippine presidential polls.

Barack Obama has won the presidency. At press time though, Namfrel is still doing a quick count.
——————————————-
“In a victory speech, I like to thank the opposition, because without their help, I couldn’t have won.”
~Jarod Kintz, ’99 Cents For Some Nonsense’

Quote of the Day
“It doesn’t matter whether you’re black or white or Hispanic or Asian or Native American or young or old or rich or poor, able, disabled, gay or straight, you can make it here in America if you’re willing to try.”
~US President Barack Obama, victory speech