AFTER BRAGGING about his economic achievements in front of the Filipino community in Laos, President Aquino took another swipe at former President Arroyo. The economy has moved up but the President hasn’t moved on.

Party-List System
Comelec Chairman Sixto Brillantes Jr. lamented that after 14 years, “the party-list system has not served its purpose” and “the performance of party-list groups is very negligible.” Brillantes’ bold statement came as a bit of a shock to… no one. 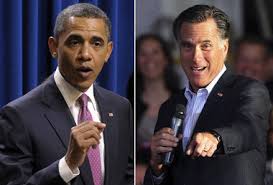 US Elections
The US presidential election is underway. Democratic candidate Barack Obama is reportedly ahead of Republican Governor Mitt Romney. But things could change when election returns from Lanao Del Sur and Maguindanao arrive.

This just in: Governor Mitt Romney has denied allegations that his camp was behind the Arroyobama propaganda.

Adele’s Baby
As of Nov. 5, Grammy Award-winning artist Adele has yet to name her new baby. The boy’s father is Simon Koneck so she’s choosing between Anong and Walang.
———————–
“The State shall guarantee the EQUAL ACCESS to opportunities in the public service and prohibit political dynasties as may be defined by law.”
~Philippine Constitution

Quote of the Weak
“If you have relatives in government and all of you are clean, isn’t that better than being the only one in government from your family but you’re quite corrupt?”
~Sen. Alan Peter Cayetano defending political dynasties in the Philippines

19 thoughts on “NOTHING WRONG”