VOTING UNANIMOUSLY, the Supreme Court of the Philippines issued a temporary restraining order on the controversial Cybercrime Prevention Act of 2012! And Leila De Lima was like, “Ahmm… do I really have to follow that?”

The good news is the Supreme Court has voted unanimously to stop the implementation of the Cybercrime Law. The bad news is the High Court has yet to issue a TRO on Tito Sotto’s never-ending “Ako ang favorite whipping boy… ” rant.

It was a unanimous vote by the magistrates of the Supreme Court. As long as they’re UNITED against the unconstitutional provisions of the Cybercrime Law, I really don’t care if they’re DIVIDED during flag ceremonies. Thank you Supreme Court!

TRO on the Cybercrime Law: Reactions 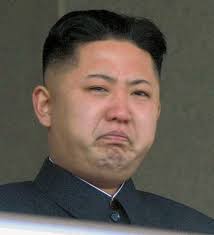 “We admire the justices of the Supreme Court. The magistrates are cerebral unlike the lawyers from La Salle and Ateneo who are intellectual pretenders and interlopers!”
~The Varsitarian, Official student publication, The Pontifical and Royal University of Santo Tomas, The Catholic University of the Philippines

“I will always respect the legal processes that are issued by the court.”
~President Noynoy Aquino

“I will always respect the legal processes that are issued by the court, too.”
~Tito Sotto, comedian/politician

In Other News
In a scathing anti-RH Bill editorial, UST’s official student publication, The Varsitarian hit Ateneo and La Salle professors who were supportive of the bill calling them “intellectual pretenders.” The Atenean and La Sallian professors retaliated by proofreading the article.

Fired!
Reports say 15 nurses were dismissed for ‘liking’ a Facebook status of a colleague who criticized the management of the Taguig-Pateros City District Hospital. The Taguig City administrator denied the allegation and insisted that the nurses were fired for “disregard of authority,” “disobedience,” and for rejecting his Facebook friend request repeatedly.

Penis Size
According to a recent study, Congolese have the longest manhood while Indians, Chinese, Thais, and North/South Koreans have the shortest. The study didn’t cover the Philippines… much to the relief of Filipinos.
————————————————-
“A man is angry at a libel because it is false, but at a satire because it is true.”
~ G.K. Chesterton