REELECTIONIST SENATOR Francis Joseph ‘Chiz’ Escudero has admitted that actress Heart Evangelista is his girlfriend. Escudero made the admission Friday, a few hours before the 5PM deadline set by the Commission on Elections.

Senator Chiz Escudero has admitted that Heart is his girlfriend – a revelation that totally shocked… no one.

Senator Chiz Escudero and Heart Evangelista are officially in a relationship. When Congress resumes session next week, the Senate will confer on Sen. Miriam Defensor-Santiago the ‘Pambansang Matchmaker’ award.

Unverified reports say in the event of a wedding, President Aquino is willing to donate his own money (P70,000) for the wedding cake. 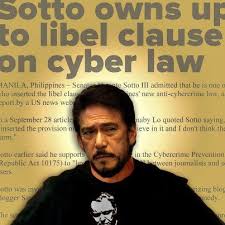 Vicente Sotto III says he’s willing to file a bill that would totally scrap the libel law in the Philippines. Unbelievable! To be fair though, that idea, that very brilliant is a Sotto original.

Pole dancing instructor Ciara Sotto says her father, Vicente Castelo Sotto III is “unaffected” by online criticisms. Makes me wonder how Sotto would be like if he gets affected.

Amid the growing opposition to the highly-controversial Cybercrime Law, Ciara Sotto tweeted, “If your conscience is malinis…. Thou shall not be inis.” TELL that to your father!

KBL has nine candidates for the senatorial race in 2013. Really?! There’s still KBL?!?? 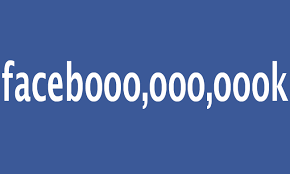 Mark Zuckerberg announces there are now 1 billion active Facebook users in the world. I still hate your TIMELINE Zuckerberg!

Of the 7 billion people in the world, 1 billion are Facebook users. In other words, 1 in 7 people has a Facebook account. There’s a term for the other 6 – productive.

With almost 30 million Facebook users, the Philippines ranks 8th worldwide according to the latest survey. That survey ranking was impressive. In fact, if the Philippines were a person, it would probably be drafted either by UNA or the LP coalition.

Aging Population
The number of people aged 60 years old and above is expected to soar in 10 years. Or as the Philippine Senate would say, “Now.”

UAAP 75 Finals
The UAAP Finals begin Saturday, Oct. 6. It’s the Ateneo Blue Eagles vs. the UST Growling Tigers. I heard that even the battle between supporters of both schools will be fierce. If you’re an Atenean, don’t go near UST. And if you’re a Thomasian, don’t go near FEU!
———————————————–
“It’s always about timing. If it’s too soon, no one understands. If it’s too late, everyone’s forgotten.”
~Anna Wintour

Elsewhere
Bloggers and netizens vs. Cybercrime Law: Here’s the copy of the petition filed Thursday, October 4

Have a healthy weekend!

7 thoughts on “LOVE IN THE TIME OF POLITICS”