TOM CRUISE & KATIE HOLMES have called it quits. It was the third divorce for Cruise. The actor keeps breaking up with women he could be the next president of the Philippines. 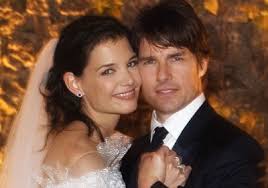 Tom Cruise and Katie Holmes have called it quits after five years of marriage. Katie categorically denied rumors she’s having an affair with Congressman Anthony Golez.

Katie Holmes has abandoned Tom Cruise. And Tom Cruise is expected to abandon UNA and join the Liberal Party coalition.

Reports say it was Katie Holmes who abandoned Tom Cruise. Chiz Escudero and Koko Pimentel are in good company.

It’s a sad year for relationships. Even the Senate is reportedly abandoning GSIS Bldg. in Pasay City.

Koko Leaves
Sen. Koko Pimentel has officially junked his plan of running as a senatorial candidate of the United Nationalist Alliance. When he couldn’t stand someone, he leaves. Apparently, his wife has the same principle in life.

After leaving UNA, Sen. Koko Pimentel said he could now start his reelection campaign “with a happy heart.” To which, Migz Zubiri said, “Ako rin.”

(I just don’t get it. Koko couldn’t campaign with Zubiri whom he accused of depriving him of four Senate years yet he was so quiet about Enrile who deprived his father of a full Senate term.)

Looking for Home
Aside from UP Diliman, the Senate also considers the (reportedly haunted) Manila Film Center as a possible new home. I think that’s exciting. You’ll have three days of session and two days of séance. 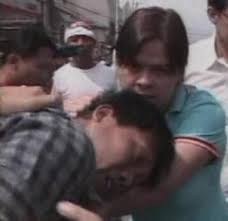 Public Apology
A year after punching a court sheriff, Davao City Mayor Sara Duterte issued a public apology. The court sheriff thanked the mayor, her family, and the 2013 elections.

Chasing Diapers
Multi-Grammy British pop artist Adele is pregnant with her first child. She is re-writing one of her songs and calling it ‘Rolling in the Crib.’
————————————–
“You never close your eyes anymore when I kiss your lips
And there’s no tenderness like before in your fingertips.”
~The Righteous Brothers (You’ve Lost that Loving Feeling)

4 thoughts on “A SEPARATION”