THE HOUSE OF REPRESENTATIVES formed a five-member committee to investigate whether congressmen were truthful or not with the information stated in their SALNs. The committee members were identified as “Wehhh?” “Di nga?” “Really now!?” “Yeah right!” and “Maniwala kami!”

Party Listing
For next year’s party-list polls, instead of listing the qualified organizations alphabetically, the Commission on Elections will randomly list their names on the ballot. The poll body’s decision is being opposed by two party-list groups: 1-Care For You and AAAAAsahang Maglilingkod Forever.

The CJ Search
The Judicial & Bar Council (JBC) will allow the media to cover live the screening and selection of the next Chief Justice of the Supreme Court. The new set of criteria will soon include 10 percent – audience impact.

Reports say there are now 47 candidates for the post vacated by former Chief Justice Renato Corona. The number will be trimmed down to five in the Hollywood Round.

Former Defense Secretary and presidential aspirant Gilbert Teodoro is among those 47. Danding Cojuangco’s wife Gretchen says she’s cool with the other 46. 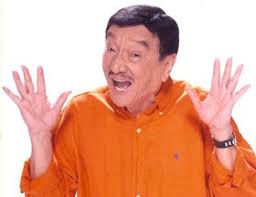 AT PRESS TIME, Comedy King Dolphy is still under observation at the ICU of Makati Medical Center. Eric Quizon says his father’s condition is better today than it was 12 hours ago. In fact, I have reason to believe that Mang Dolphy is in better shape now than the economy of Greece.

Abu Sayyaf
It’s been years since they started terrorizing us. Everyone is saying we should control the Abu Sayyaf Group. Funny. We can’t even control a Jordanian journalist!

Security Lapse
An Army colonel’s car was stolen in front of his quarters inside Camp Aguinaldo last Saturday. Since the start of the year, there have been 15 reported cases of burglaries at the AFP headquarters. And we’re talking about protecting Panatag Shoal from the Chinese??? Please.

Vice Governor Salvador?
Reports say actor Phillip Salvador will run for vice governor of Bulacan. Observers were shocked at his decision to run and were even more shocked to learn that he was from Bulacan.

Highest-Paid
According to Forbes, Floyd Mayweather Jr is now the world’s highest-paid athlete. In second place is Floyd’s adversary, Manny Pacquiao – who felt insulted for losing the number 1 position to an inmate. 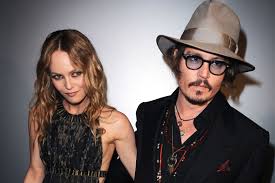 Overseas
Hollywood actor Johnny Depp and his partner of 14 years, Vanessa Paradis announced their split. The third party was identified as Tim Burton.

In Egypt, Hosni Mubarak, the dictator who ruled the country for three decades is clinically dead. Mubarak was once clinging to power. Now, he’s clinging to life.
—————————————
“Just because you’re not sick doesn’t mean you’re healthy.”
~Author Unknown

Quotes Quiz. Who tweeted:
“Now I am torn! I like both OKC and Miami, don’t know who I will root for.”
A: Cong. Sonny Angara
B: Cong. Jules Ledesma
C: Cong. JV Ejercito
D: Cong. Teddy Casiño