‘THE HUNGER GAMES’ tells the story of the rich and the powerful manipulating the poor and the helpless. It’s a huge hit among Filipinos. It’s OUR story.

The second half of the film showed teenagers brutally killing one another. Nobody was made accountable though. Parents started blaming Senator Kiko Pangilinan.

One of the most unforgettable moments in “The Hunger Games” was when Katniss Everdeen volunteered to save her sibling.

In Book 2 of the hit trilogy, Katniss Everdeen was successfully lured by Jose Maria Sison into joining the radical youth group Kabataang Makabayan.

‘The Hunger Games’ is set in the future where no one uses a cellphone… and Manny Pangilinan owns the world.

Pyongyang has reportedly banned ‘The Hunger Games.’ Kim Jong-un was quoted to have said, “Don’t rub it in.”

In ‘The Hunger Games,’ 24 contestants known as ‘tributes’ from 12 districts are chosen to fight ‘til death until a single winner emerges. Expectedly, the alien kid from District 9 effortlessly won. 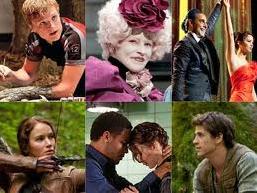 Top 10 Deleted Scenes From the Movie ‘The Hunger Games’

No. 10: A group of ‘batang hamog’ from District 2 robbing a taxicab

No. 9: Pulse Asia making public a survey saying the number of hungry citizens has dropped

No. 7: The House of Representatives approving on third and final reading the creation of a new “district,” a year before the elections #AlamNa

No. 6: Katniss Everdeen, ‘the girl on fire’ was on fire for more than 80 hours; fire marshal sacked for being drunk while on duty

No. 5: Ninong Manny Pacquiao taping an episode of ‘Manny Many Prizes’ in Panem’s poorest district

No. 4: Accused of doing nothing, President Snow (played by Donald Sutherland) releases photos of him carrying a stack of folders.

No. 3: DSWD Secretary Dinky Soliman supervising the selection of the beneficiaries of the Capitol’s conditional cash transfer program.

No. 2: Atty. Edwin Lacierda denying rumors the President was spotted on a date with Katniss Everdeen at Promenade, Greenhills

And the No.1 deleted scene from ‘The Hunger Games’ –

In Other News…
The fare rate hike on jeepneys is now in effect. Oil firms just jacked up gas prices. And Malacañang rejected the proposed P125 across-the-board legislated wage increase. Happy Hunger Games! And may the odds be ever in your favor!
———————-
“Hope. It is the only thing stronger than fear.”
~ President Snow, ‘The Hunger Games’

Have a safe and inspired week!

21 thoughts on “THE HUNGER GAMES, ATBP.”