THE LATEST PULSE ASIA survey conducted from February 26 to March 9, 2012 showed that 47 percent of Filipinos believed that impeached Chief Justice Renato Corona was guilty. The survey has a margin of error of plus or minus 45 properties.

A recent Pulse Asia study on the Corona impeachment trial showed 58 percent of Filipinos would respect and accept whatever the Senate verdict would be. The remaining 42 percent work for Malacañang.

According to the latest survey, 47 percent of Filipinos were convinced that Chief Justice Renato Corona was guilty. The rest were non-Inquirer readers.

The Pulse Asia survey also revealed that 8 in 10 Filipinos follow the impeachment trial. The other 2 follow Sharon Cuneta’s explosive tweets against Piolo Pascual.

Tupas Says
Grilled anew on the reported list of alleged “45 Corona properties” which was found to be inaccurate, lead prosecutor Niel Tupas on Tuesday said, “I’m not aware of the media…” How dare you Mr. Congressman. That’s not how you treat an ally!

Noynoying
The Wall Street Journal published an article on ‘Noynoying’ – the term coined by militants to describe the Chief Executive’s alleged laidback working style. But President Aquino is unfazed. He vowed to make a statement as soon as he’s done with his coffee, cinnamon roll, and cigarette.

Deadly Game
In Manila, a man was stabbed following a dispute over a popular computer game. And my friend was like, “Holy sh*t, is the President safe?”

Three More
According to the Manila Bulletin, Manny Pacquiao is eyeing three more fights before finally retiring. To which God said, “I thought we’ve talked?!?”

Fire
Here’s the latest on the fire that destroyed Ever Gotesco Grand Central Mall in Caloocan City. After more than 80 hours, the fire and the city fire marshal were both declared “out.” Yey! 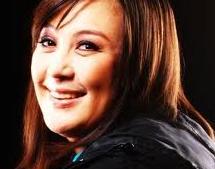 Sizzling Sharon
Megastar Sharon Cuneta, wife of Senator Kiko Pangilinan clashed with bashers and Piolo Pascual loyalists on Twitter. An exasperated Sharon threatened to leave the microblogging site. Realizing however that she’s got nothing else to do, she stayed.

Suddenly Bicolano
Reports say Aga Muhlach has registered as a voter in Camarines Sur. A quick survey showed 90 percent of residents were happy to welcome the actor. The survey has a margin of error of plus or minus “2013.”

Overseas…
In Indonesia, an eight-year-old boy smokes more than a pack of cigarettes per day. Observers believe the boy has a chance of becoming president someday.
————————————————————————
“One should perform his deeds for the benefit of mankind with an unbiased approach because bias gives birth to evil, which creates thousands of obstacles in our path.”
~Rig Veda

Quotes of the Day
“If we are to use surveys to convict or not to convict a person charged in our courts, then we do not need the courts. All we have to do is conduct surveys whenever somebody is charged.”
~Senate President Juan Ponce Enrile

“This award is not for me because before becoming an actor, I am a Filipino first. This is for my country – the Philippines. Mabuhay!”
~ Eugene Domingo accepting her People’s Choice Award for Best Actress in the Sixth Asian Film Awards in HK

17 thoughts on “NEARLY HALF”