THE PROSECUTION PANEL intends to present at least 100 witnesses in the ongoing impeachment trial. Either the prosecutors want Renato Corona out or Serafin Cuevas dead.

Lead prosecutor Niel Tupas Jr says they will present at least 100 witnesses to prove their case against Chief Justice Renato Corona. Senator Enrile looks forward to celebrating his centennial year in the Senate.

Btw, Senator Enrile is now using Facebook Timeline. You may now view his personal photos taken during the Renaissance.

The prosecution team intends to call at least eight journalists including veterans Raissa Robles and Maritess Vitug to the witness stand. That’s not surprising though. Fact is, these journalists would have drafted a much stronger case against the Chief Justice than the House of Representatives.

The prosecution team has 100 witnesses for the Corona impeachment trial. Is this Plan B already?

Senator Miriam Defensor-Santiago will definitely attend Monday’s impeachment trial. Doctors have given her a clean bill of health. She just had a checkup the other day. She was diagnosed with idiophobia.

Prosecutors are so prepared for Day 8 of the impeachment trial. They’re ready for the defense panel’s objections; for Senator Miriam Defensor-Santiago’s clarificatory questions, and for Rudy Fariñas’ tantrums.

RIP: Ignacio Arroyo
Congressman Ignacio Arroyo is dead. There’s no truth to rumors that it was Atty. Mike Arroyo who died and that Iggy was just covering up for him again.

Where is Llamas?
Malacañang says controversial political adviser Ronald Llamas is under investigation. At press time, Llamas is still mum on the issue. He is expected to release a statement as soon as he’s done with his weekend movie marathon.

Arrested
Senator Lito Lapid’s wife Marissa was arrested in the United States for allegedly smuggling 50 thousand dollars. At first, Mrs. Lapid denied that the money was hers. However, she was forced to admit when airport authorities found ores, gravel, sand, and lahar on the stash. 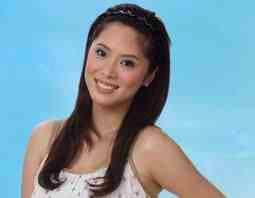 Quote of the Day
“Putting media practitioners as well as sitting Supreme Court Justices as possible witnesses is just simply horribly wrong. Not only does it leave the trial open to a challenge that it was, after all, the institution of the SC itself that is now being tried, it also opens a door that should, at the moment, remain closed.”
~Lawyer Theodore Te

36 thoughts on “ONE HUNDRED”