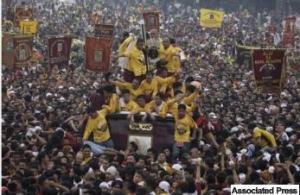 THE LONGEST BLACK NAZARENE procession ever in the history of the annual tradition finished at around 6AM Tuesday. The procession was even longer than the Black Nazarene’s journey from Mexico to the Philippines 405 years ago.

The Black Nazarene procession took 22 hours to finish. It would have been a lot faster if the organizing committee was headed by Judge Jesus Mupas. 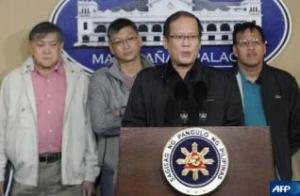 For security reasons, telephone companies cut off cut their services in downtown Manila. There was no cell phone signal during the Black Nazarene procession. Or as Globe users would say, “just another ordinary day.”

On Monday, devotees marked the Black Nazarene’s 405th anniversary. Yup, it’s been here that long. In fact, when the ‘miraculous’ image arrived in the Philippines from Mexico, Senator Enrile was still a baby.

No. 5: Throughout the procession, she keeps telling a friend, “Akala ko ba maraming cute dito? Gosh, I haven’t seen one.”

No. 4: Others walked barefoot, she’s on high heels.

No. 3: He joins the procession with one cell phone and leaves with at least seven.

And the No.1 sign that someone present at the Black Nazarene procession is a fake devotee…

Kris on Impeachment
Guesting live on ‘Gandang Gabi Vice’ last Sunday, Kris Aquino was asked who she would date if she were a guy: Gloria Macapagal-Arroyo, Miriam Defensor-Santiago or Imelda Marcos? She picked Senator Santiago saying, “kailangan namin ang vote niya sa impeachment.” And we all thought that Cong. Miro Quimbo was the prosecution panel’s spokesperson.

Last Sunday on ‘Gandang Gabi Vice,’ Kris Aquino was asked who she would date if she were a guy: Gloria Macapagal-Arroyo, Miriam Defensor-Santiago or Imelda Marcos? Watching the show at home, Gloria and Imelda were like, “Please God, not me, please!”

PBA Semis
Have you been following the PBA semifinals? I heard it has been a thrilling series between Petron and Talk ‘N Txt. But that’s nothing compared to the thrilling matchup between Danilo Suarez and Edcel Lagman. 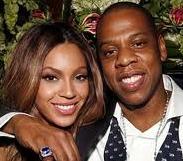 Blue Ivy Carter
Beyoncé and Jay-Z announced the birth of their first baby. They named her Blue Ivy Carter. But critics accuse the couple of being a copycat claiming that ‘Blue Ivy Carter’ was the name of a baby born in Switzerland in 1951.

Fans around the world are waiting for the release of Baby Blue Ivy’s first photos. But that could take a few more weeks as Beyoncé and Jay-Z have just started the bidding.

Charice Returns
Charice has jut arrived. She was pictured on a wheelchair at the NAIA. In all fairness, the wheelchair was not Photoshopped.
——————————————————————
“Faith is taking the first step even when you don’t see the whole staircase.”
~Martin Luther King, Jr.

Quote of the Weak
“Si Senator Miriam, kasi kailangan namin ng vote niya for the impeachment.”
~ Presidential sister and TV host Kris Aquino’s answer when asked: ‘If you were a guy, who would you date: Sen. Miriam Defensor-Santiago, Cong. Gloria Macapagal-Arroyo or Cong. Imelda Marcos?”

15 thoughts on “THE LONGEST DAY”