I CAN’T WAIT FOR January 16, the start of Chief Justice Renato Corona’s impeachment trial. I admit, I am really ‘atat.’ The only other person more atat is Congressman Niel Tupas.

The House prosecution panel showed to the media a deed of sale and two condominium certificates of title to prove that Corona owns a condo unit at The Fort. Cong. Niel Tupas is expecting a guilty verdict from the media soon.

Congressmen are convinced that Corona’s ownership of a posh condo unit is ill-gotten. They should know. It’s ‘familiar territory.’

Getting Worse
According to the Department of Health, New Year’s Day-related injuries are up by 2.2 percent this year. The DOH is now considering suggestions to ban firecrackers and to bar Dr. Eric Tayag from dancing again.

When asked about firecracker-related injuries, the Health Department noted more cases this year, perhaps second only to Gloria Macapagal-Arroyo.

The Department of Health reported that this year’s New Year’s Day celebration was “the deadliest.” To which Mayans said, “You ain’t seen nothing yet.”

Palparan
The reward for the capture of retired Major General Jovito Palparan Jr. has been doubled… prompting his landlady to double the rent, or else.

Christmas Still
The Catholic Bishops’ Conference of the Philippines reminds the faithful that the Christmas Season is until January 8. Kids have three more days to hunt down their missing ninong and ninang.

‘Bourne’ in Manila
Online reports say the Hollywood flick ‘Bourne Legacy’ will shoot some scenes in the Philippines including a car chase along Edsa. Good luck to that. 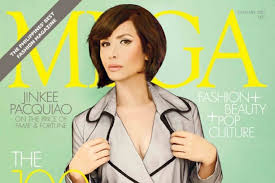 Public Service Announcements
– Taxikick: Report abusive taxi drivers in the Philippines.
– You may also directly file a complaint using this LTFRB form.
– January 23 is a special (non-working) day. Find out why here.

@HecklerForever Says (My recent tweets, in case you missed)
– To say that Kris Aquino is the horror queen is an insult to Lilia Cuntapay
– If you love somebody, set them free. If they return, set them on fire.
– Prevention is better than abortion.
– United we stand divided by 5 is undefined.
– The best things in life are online.
– Patience is a virtue. Or a mushy Guns N’ Roses song if you’re a child of the ’90s.
– You only live once. Or in the case of Rustom Padilla, twice.