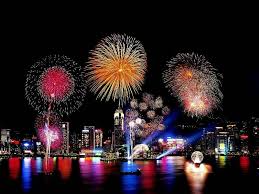 STILL IN BED while writing this post. These are random thoughts on or about the New Year i originally posted on Twitter. Happy New Year!

Overheard: “Definition of a hangover: Wrath of Grapes.”

This got to be Osama Bin Laden’s saddest New Year’s Eve ever. His firecrackers were soaking wet. #arabianSea

This year, Kim Jong-Un should diet.

Talk is cheap. And cheaper if you’re ‘naka-unli.’

I started and ended 2011 on social media. ‘Social life’ redefined.

This coming year, let’s spend some quality time avoiding each other. #bittertweet

Everything’s going digital. You’ll enjoy it more with a complete set of fingers. Think twice before lighting a firecracker tonight.

A recent survey showed that 88 percent of Filipinos welcomed 2012 with hope. Some 400 others welcomed it with stitches and severed fingers.

According to the Department of Health, the top 5 injury-causing fireworks are piccolo, kwitis, fountain, five star & luces… known collectively as, “stubbornness.”

2012 is the Year of the Dragon. Bad news for Nadia Montenegro.

One of my friends’ New Year’s resolutions is to be extraordinary. ‘Coz right now, he’s sooo predictable. He’s even more predictable than the casting of Deejay Durano in Wenn Deramas movies

Finally, here’s your Horoscope for 2012. Have fun!