INTERVIEWED BY ANC’s Lynda Jumilla, President Aquino says his No. 1 wish for 2012 is employment opportunities for Filipinos. To prove his sincerity, he then announces an opening in the Supreme Court.

Even before the impeachment trial of Chief Justice Renato Corona could begin, President Aquino has already instructed his legal team to look for a possible replacement. In other news, Associate Justice Antonio Carpio is looking forward to a fruitful 2012.

Journalists describe Chief Justice Renato Corona’s legal team as “powerhouse.’ But Malacañang is unfazed. After all, it has the power, and it has the House. 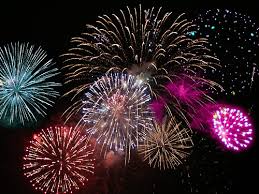 New Year
It will be another exciting New Year’s Eve in the Philippines. While most Filipinos are ushering in 2012 with ‘sinturon ni Hudas,’ ‘bawang,’ whistle bomb, ‘Goodbye Universe,’ and ‘Goodbye Philippines,’ President Aquino is welcoming it with “Goodbye Corona.”

Atty. Ferdie Topacio is spending New Year’s Eve at Times Square in New York this year. He wants to see the ball drop.

No. 5: The piped-in music is ‘Estudyante Blues.’

No. 4: When you ask for a beer bottle opener, people tell you, “Look for Secretary Jojo Ochoa!”

No. 2: There’s a sign at the entrance that reads, “Valerie Concepcion Not Allowed”

And the No. 1 sign that you’re at a New Year’s Eve party in Malacañang…

Just Fair
A Social Weather Stations survey showed that the government’s treatment of former President Arroyo with regard to the case filed against her was “only fair.” That’s the opinion of 7 out of 10 Filipinos. The other three were Topacio, Horn and Lambino.

The Fugitive
Authorities have yet to locate retired Major General Jovito Palparan Jr. The government has offered a 500 thousand-peso bounty for his capture. Nobody knows his whereabouts but closest friends claim Palparan is really excited to learn how to cook adobo, afritada, and empanada.

Innocents
December 28 is Holy Innocents Day – a day to remember the massacre of the innocents. To commemorate the event, Mo Twister is uploading another video on YouTube.

GMA Says
GMA Network has denied Internet rumors that businessman Manny Pangilinan has acquired GMA 7. The network also denied reports there’s an ongoing negotiation between GMA owners and MVP. It seems that GMA has denied everything… except for DJ Mo’s allegation against Rhian Ramos.

Overseas…
North Korean dictator Kim Jong-iL was buried today. Loyal supporters who attended the funeral will each receive a vial of uranium.

Have a safe New Year!