WE’RE HAVING our Christmas party tonight. We don’t want people to know that we’re partying amid the existing state of national calamity… so we decided to scratch Valerie Concepcion’s name off the list of invited performers.

Four Days Later…
Four days after tropical storm ‘Sendong’ battered Northern Mindanao, President Aquino visited the region. He was shocked by the scale of devastation, and was even more shocked to see a sign that read: “Vice President Binay was here.”

Vice President Jejomar Binay visited typhoon-ravaged areas in Cagayan De Oro Sunday. This guy’s not just one step ahead of the President. He’s ahead by ahhm, 2016.

Canceled
President Aquino has decided to cancel the annual Cabinet Christmas party. That means, no exchange gifts between Cabinet officials. Members of Balay and Samar will continue to “exchange contempt” though. 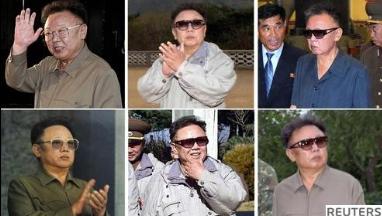 Kim Jong-Dead
North Korean dictator Kim Jong-il reportedly died of heart attack. What a shock! He had a heart?!? Really?!?

Kim Jong-il is dead. In loving memory of their Supreme Leader, North Koreans will starve one family member each to death.

Kim Jong-il was in power for 17 years… or as Jejomar Binay would say, “briefly.”