… FOR DROPPING BY MY BLOG. To everyone who retweeted and shared “KC CONCEPCION: Unedited,” maraming salamat. The number of unique hits for that article was just insane. It shattered my blog’s personal record and eclipsed the popularity of these three posts:
1: Exclusive: Noynoy Interviews Kris;
2:Krissy/Manny (Kris Interviews Pacquiao), and
3: Exclusive: GMA Breaks Her Silence

Again, thank you so much and Merry Christmas! 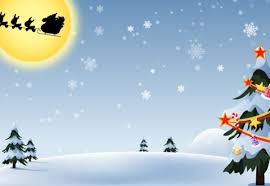 IT’S ALREADY December – probably, the coldest month of the year. The only thing colder is Piolo Pascual’s treatment of KC Concepcion.

Third Party
ABSCBN News (or its marketing think tanks) reported that Maricar Reyes could be the third party in the recent breakup of KC Concepcion and Piolo Pascual. KC was quick to deny the report and insisted that she and Maricar were just friends.

Now it can be told: KC Concepcion decided to call it quits with Piolo Pascual because the actor refused to support her latest advocacy: “Occupy KC.”

Republican Party
An Atlanta woman named Ginger White claims she had a 13-year extra-marital affair with Herman Cain, a Republican presidential candidate – or as Filipino voters would say, “sure winner.”

Herman Cain’s numbers are down. He now considers withdrawing from the presidential race and giving way to his good friend, Noynoy Gingrich.

Ginger White’s phone bill showed that Republican presidential candidate Herman Cain called and texted her 61 times. But Cain is convinced that the copy of the phone bill is bogus because it was printed on a letterhead of the Ateneo de Manila University and had the signature of Fr. Tito Caluag.

Reduced Rates
Text messaging rates are down. Reports say Smart, Sun, and Globe have decided to lower the rate of SMS from 1 peso to 80 centavos per text. This is definitely good news for all of us and for Herman Cain if he were Filipino.

An earthquake with a magnitude of 6 shook Manila Wednesday morning. Motorists and traffic enforcers say they witnessed a miracle… Edsa moved!

Luzon was hit by an earthquake earlier today. Some people didn’t even notice the tremor but Hayden Kho Jr. says he’s 100% sure there had been one because he saw Vicky Belo’s face moved.

Best/Worst
A recent global survey showed that Vienna is the nicest place to live in the world… followed closely by the St. Luke’s Presidential Suite in Taguig City.

A global survey revealed that Vienna in Austria is the nicest place to live in the world. The worst is Baghdad although to be in Piolo Pascual’s place right now is also a challenge.

Coming Soon: Lacierda vs. Archbishop Cruz?
“I would suggest to Bishop Cruz to be more prudent in his statement. He should read his Bible more often rather than…”
~Presidential spokesperson Edwin Lacierda reacting to retired Archbishop Emeritus Oscar Cruz’ statement that the Mendiola and Hacienda Luisita massacres should be reinvestigated

Quotes of the Day
“The reason I am continuing with the protest is I want to give honor and acknowledgment. Gusto kong pahalagahan lahat ng mga mahigit 14 million na mga tao na bumoto sa akin. Kinikilala ko ito, nagpapasalamat ako at hindi ko ito malilimutan. This is also my inspiration. That is what makes me set that disappointment aside and continue.”
~DOTC Sec. Mar Roxas on his electoral protest vs. Vice President Jejomar Binay

“This coupling goes farther than the kilig of romance: This love affair involved investments. When will the charades end … or is this part of an even much larger machinery oiling its wheels?”
~Director Joey Reyes on the KC-Piolo breakup

Personal
Thank you to the 2011 Philippine Blog Awards for the nomination. Bahala na si Batman.
Congratulations to the finalists!