IT’S THAT ANNUAL tradition again. We remember the dead by visiting them in memorial parks. They actually have an option to visit the living but few people are happy with the idea.

Unfortunately, the Arroyos cannot just leave their homes and go to the cemetery. I heard Justice Secretary Leila De Lima wanted them to seek permission first.

Every Filipino Catholic family is expected to visit their dearly departed in the cemetery. Take that Marcos family!

Reports say the cost of flowers have gone up yet again. Militants are upset. Saying the price increase was unjust and anti-poor, they denounced the Big 3: Chrysanthemum, Orchids, and Roses.

Every Undas season, people love talking about scary places in the Philippines. There’s Quezon City’s Balete Drive; Baguio City’s Laperal White House, and the latest but scariest place of them all, the MILF’s “area of temporary stay.”

IN THE NEWS…
The Department of Justice has indicted director and almost National Arist Carlo J. Caparas for tax evasion. I wonder when will he be indicted for making those awful movies.

Claudine/Raymart
Celebrity couple Claudine Barretto and Raymart Santiago have released a joint statement denying rumors they have separated. Claudine and Raymart insist they are committed to their marriage, to their children, and  to their product endorsements.

iGuess No. 1:
An incumbent member of the House of Representatives is showcasing strangeness on Twitter. It’s as if a person of multiple personalities has been posting those tweets. Weird. Is this congressperson on drugs?

iGuess No. 2:
A recent confrontation between a famous couple turned nasty. Wifey tried to attack hubby with a bladed weapon. Hubby tried to defend self. The fight was witnessed by one of wifey’s siblings who happened to be visiting the couple. Sibling tried to pacify incensed sister and was hurt instead. Hubby rushed sibling-in-law to the hospital. Clues: Wifey is related to a politician. Hubby is ‘from” South America. 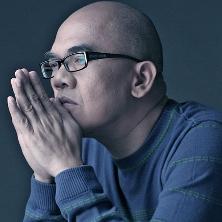