President Aquino is on a working visit to Japan. He was warmly welcomed by Japanese officials upon his arrival at the Haneda Airport. Unfortunately, something awkward happened upon his arrival in Tokyo. When the welcoming hosts taught him some Japanese words and phrases, he showed his appreciation by teaching them the tsunami walk.

Best/Worst Places for Women
According to a Newsweek magazine report, the worst place in the world to be a woman is Chad in Central Africa. In second place is anywhere near Reverend Father Raul Cabonce of Tubay, Agusan Del Norte.

International publication Newsweek magazine reports the Philippines is the best place in Asia for women. Unless of course you’re alone in a room with Bishop Teodoro Bacani.

Sex Tourism
According to US Ambassador Harry Thomas Jr, 40 percent of foreign men visit the Philippines primarily for sex. The rest (60%) refused to talk, and invoked their right against self incrimination.

NASA Satellite
Residents of Barangay Daga in Panay, Capiz fled their homes following reports that NASA satellite debris crashed nearby. Local police quickly dismissed the report as untrue saying the “debris” seen falling was an improvised pyrotechnic. But scared residents wanted to be sure so they requested that an independent investigation be conducted by Fox Mulder and Dana Scully.

US space officials couldn’t locate the debris of the 6-ton satellite that plunged to Earth last Saturday. The CIA is now conducting surveillance in Abbotabad, Pakistan.

The bus-sized satellite that plunged to Earth cannot be located. Authorities say it could be anywhere in the Pacific right now learning how to cook afritada, adobo and empanada with the help of Google.

NPA Attacks
Communist insurgents set fire to 12 Victory Liner buses at a bus terminal in Capas, Tarlac Sunday night. The NPA rebels originally planned to torch Globe cellular sites but they thought, torched or not, Globe’s signal sucked. What for? 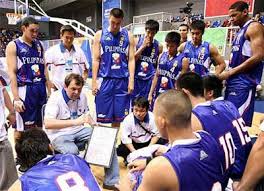 Gilas Pilipinas
Smart Gilas lost to South Korea and settled for a 3rd runner-up finish in the FIBA Asia championship. The Filipino dribblers were still happy though with their performance, saying “We did not compete to please anyone. We competed to please God.”
—————————————————————————————-
“That intelligent creatures exist in outerspace is proven by the fact that they have not contacted us.”
~ Loesje

Have a great week ahead! Ingat!