Police were looking into three angles in the shooting incident involving two minors, ages 13 and 16 inside SM Pampanga: suicide, jealousy, and stupidity of SM security.

Three shooting incidents have happened in three branches of SM Supermalls this year. One in Luzon (SM Pampanga), one in NCR (SM North Edsa) and one in the Visayas (SM Delgado-Iloilo). Residents of Mindanao have been advised to shop temporarily at Robinsons Malls.

This just in: The United States and South Korea have issued travel advisories for its citizens who are planning to shop at SM Supermalls.

Four of the 12 biggest shopping malls in the world are branches of SM Supermalls. SM’s chain of malls also holds the distinction of having the world’s lousiest security.

Planking
Planking has become a fad in the Philippines. Some people have taken planking to a new level doing the stunt in dangerous, unexpected places like rooftops, billboards or public restrooms. In the Philippines, the most dangerous place to go planking is in front of Congressman Winnie Castelo’s residence.

Quezon City Representative Winston “Winnie” Castelo has filed the controversial “Anti-Planking Act of 2011.” It may sound stupid, silly and dumb but in reality, it is.

Congressman Winston Castelo has denounced militant students who did planking in recent street protests saying “planks disrupt what should be normal traffic.” Therefore I conclude, Castelo is way better off as an MMDA traffic enforcer than a lawmaker.

QC Rep. Winnie Castelo has filed the “Anti-Planking Act of 2011.” Last June, he proposed House Bill 4774, an act that would require lotto winners to donate 20 percent of their winnings to the government. Look out Lito Lapid! You’ve got competition.

For several hours on Tuesday, the Anti-Planking Act of 2011 became a trending topic on Twitter worldwide. Which is not surprising since the concept of idiocy is universal.

Congressman Winston Castelo is going after planking rallyists… when he should be running after his own hairstylist.

No. 6: The Anti-Flaking Act of 2011: An act seeking to provide free gugo shampoo to Filipino homes to fight dandruff and prevent alopecia

No. 5: The Anti-Military Haircut Act of 2011: An act requiring all Filipino men to sport long bangs

No. 4: The Anti-LOLz Act of 2011. An act banning the use of LOL or LOLz in text messages and Facebook/Twitter status if the person couldn’t prove that s/he made a sound when s/he laughed

No. 3: The Anti-LQ in Malls Act of 2011: An act preventing lovers, partners, or couples from entering malls and department stores if they’re at odds with each other

No. 2: The Anti-Love Life Jokes Act of 2011: An act banning elective government officials from injecting love life humor in speeches

And the No. 1 [rumored] bill to be filed soon by QC Rep. Winston Castelo…

The Anti-Annoying Words and Phrases Act of 2011: An act outlawing the use of words and phrases like ‘In fairness,’ ‘Actually,’ ‘Waley’ and ‘You already!” in classrooms

WHAT IS HAPPENING to our country? Really. A 13-year-old boy shoots his alleged 16-year-old lover in a popular shopping mall. A UP alumnus in Congress files an anti-planking bill. And Vice President Jejomar Binay is the country’s most trusted top government official according to a survey. Strange times indeed.

Most Trusted
According to the latest Pulse Asia survey, Vice President Binay is the most trusted among top government officials. Eighty-six percent of Filipinos trust him. The remaining 14 percent were not able to receive his text blasts.

Bong Wants Shamcey
Sen. Bong Revilla says he wants Shamcey Supsup to be his leading lady in the film fest entry “Panday 3.” But sources say Shamcey has made it clear that the first career that she loved was architecture, not showbiz. If her fans do love her, they should love architecture too.

Jinkee’s Challenge
On Tuesday, Jinkee Pacquiao vowed to give away an Hermes bag as a reward to anyone who could prove that her husband, Congressman Manny Pacquiao was still seeing other women. This just in! This morning, Jinkee gave one to herself.

Breaking News:
The 13-year-old boy who allegedly committed suicide, and his 16-year-old ‘friend’ whom he shot inside SM Pampanga have been declared “brain dead.” Tragic. In less than 24 hours, we have two ‘brain dead’ people. My friend insists there are three but I think the case of the anti-planking congressman is different.
——————————————————————————————–
“The more laws, the less justice.”
~Marcus Tullius Cicero 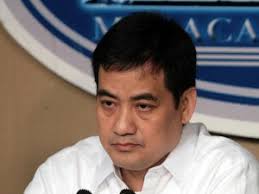 Quote of the Weak
“Whether they would admit it or not, the PISTON-led transport strike is a dud! Noticed how leftists are so onion-skinned? Tinawag lang perjuicio ang strike, pumputok ang butchi nila! Mahilig bumanat pero mga pikon pala!”
~Presidential spokesperson Atty. Edwin Lacierda

26 thoughts on “OF SHOOTING AND PLANKING”