Miss Universe third runner-up Shamcey Supsup met with President Aquino Sunday night at the Ninoy Aquino International Airport’s VIP lounge before he left for the United States. The beauty queen’s courtesy call on the President took place at the NAIA because of his very tight schedule. The only person with a tighter sked is Shamcey.

Shamcey Supsup has a contract with the Aranetas’ Bb. Pilipinas Charities. Which explains why Vice President Binay hardly smiled during the courtesy call. She’s with the Balay group!

President Aquino and Shamcey Supsup met at the NAIA’s VIP lounge Sunday night. It was like a scene from ‘Beauty and the Geek.’ Then Vice President Jejomar Binay joined them, and it reminded me of ‘Outsourced.’

Aquino in America
Before he left for the United States, President Aquino vowed to showcase the Filipinos’ competitiveness. To prove his point, he’ll start by telling US President Barack Obama, “Let’s talk about our approval ratings. What do you got?”

Smoking Kills
Citing a recent study, anti-tobacco group Health Justice Philippines reported that 10 Filipinos die every hour from smoking-related illnesses. But Senator Tito Sotto says he’ll only believe the study if Health Justice could show him the death certificates of the 10 people who died an hour ago. 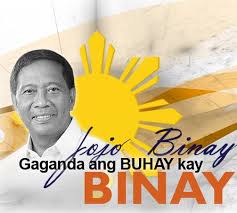 Context
Vice President Jejomar Binay insists his statement regarding a supposed plan to run for president in 2016 was taken out of context. He says he is just “aspiring to become president.” He’ll explain himself further in his next text blast. Wait lang.

Boxing fans can hardly wait to see Floyd Mayweather Jr. fight Manny Pacquiao. To which Floyd Jr said, “Pacquiao is only 32 years old. Let me decide within the next 48 years.”

UAAP Semifinals
The Adamson Falcons wasted its twice-to-beat advantage and lost to the FEU Tamaraws in their do-or-die UAAP semifinals match Sunday. Sources say the Falcons were not able to sleep, and for 24 hours, they kept asking themselves, “What has happened to us?” That’s the same question the UP Fighting Maroons have been asking themselves for the last 25 years.
—————————————————————————-
“You can’t just beat a team, you have to leave a lasting impression in their minds so they never want to see you again.”
~Mia Hamm

Angry Bird
An influential and popular talent has threatened to resign from a large network because of a radio personality. Sources say the talent has been the subject of the radio personality’s recent blind items particularly the former’s alleged infidelity. The talent was quoted to have said, “Nasa iisang bubong kami ‘tapos ayaw n’ya akong tigilan. Eh kung maghiwalay kami ng asawa ko?!?”